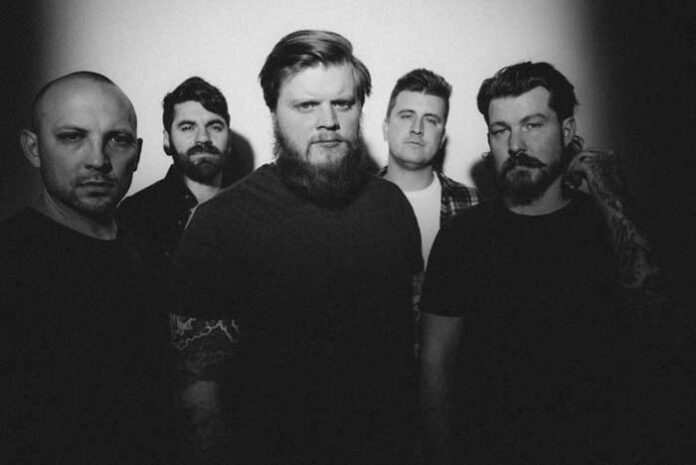 WOLVES AT THE GATE have announced their fifth album Eulogies. It arrives on March 11 via Solid State Records. Pre-order Eulogies here. Today, the band has shared the video for the new song “Peace That Starts the War.”

“Most of my life was spent battling these inner struggles in a way that caused me to gain no ground against them,” says singer/guitarist Steve Cobucci about the song’s lyrical heft. “I felt that they were totally my burden to bear alone — invisible to all that were around me, yet overwhelming to me in the confines of my mind. It wasn’t until I learned to rest in the peace that I could begin to start the war against all the darkness within me.”

Regarding the development of the song, he shares the unique way it came together over time, saying, “Writing this song was a blast. Joey got the ball rolling when he dropped the main intro riff into our Dropbox. I built the rest of the song from there. We all got together in Columbus for a writing session to finalize the songs, and that’s where it really came to life. Joey wrote the guitar solo and end riff on the spot, and we were all literally yelling, screaming, and cheering him on as he tracked it. The same went for Nick when he tracked his scratch vocals for the end of that song. It was good times.”