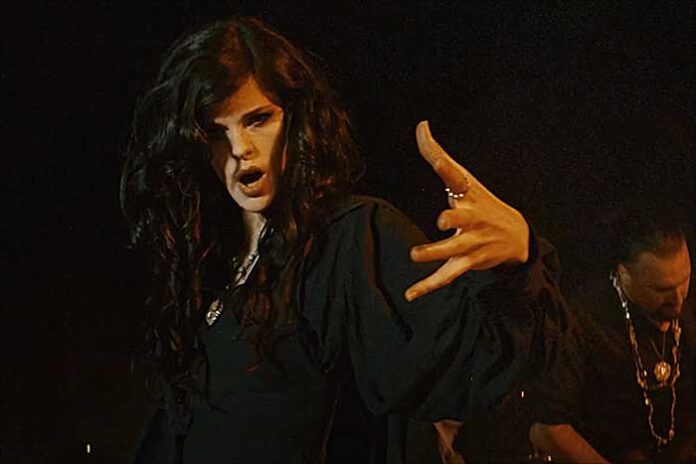 VISIONS OF ATLANTIS is set to release its upcoming studio album, Pirates, on May 13, 2022 via Napalm Records. Today, the band released the second single “Melancholy Angel” —a song that has already proven to be one of the fan favorites, when played live during the ongoing US tour.

The single comes together with a stunning official video, including great visual effects and outstanding acting by the band around singer Clémentine Delauney, who has clearly developed further vocally and has both beautiful high tones and deeper more soulful colorings in her vocal repertoire.

The mighty new single “Melancholy Angel” is representative of the new VISIONS OF ATLANTIS sound, who with Pirates, reveal their most honest and intimate album to date. With their latest albums, visionaries VISIONS OF ATLANTIS have without a doubt proven that they are on top of the scene. Now, the band sets sail on an adventurous new journey and exciting chapter, marking a turning point in their discography with the upcoming album, Pirates.