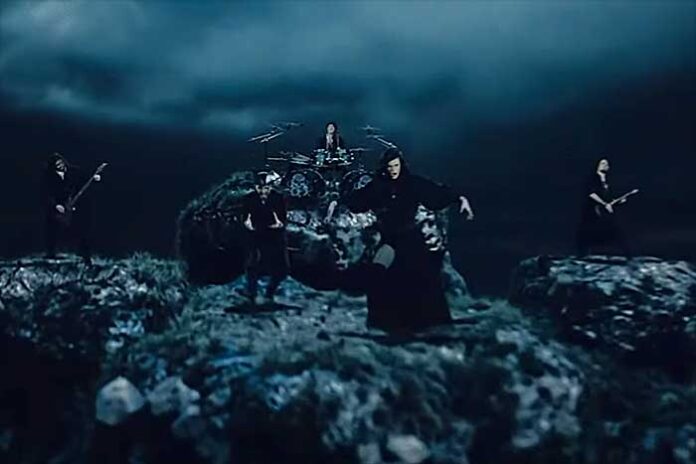 Untamed as the seven seas, VISIONS OF ATLANTIS is set to release their anticipated and most honest studio album to date, Pirates, this Friday, May 13, via Napalm Records. Today, the band has released the majestic and energetic third single “Master The Hurricane” together with a stunning official video showing the international band in top shape once again.

The new single, “Master The Hurricane,” makes every symphonic metal enthusiast’s heart pound faster by managing to combine what makes VISIONS OF ATLANTIS so strong in 2022 in more than seven minutes of runtime. Singers Clémentine Delauney and Michele Guaitoli show the full range of their skills from soft and calm tones, over staccato sung parts and rough tones to a bombastic chorus that makes the listener dive deep into the new world of the band. The well elaborated and beautifully pointed guitar and drum lines make this song another hymn in the strong discography of VISIONS OF ATLANTIS. The overall drums impress with a natural sound, while FEUERSCHWANZ’s Ben Metzner adds a special touch to the song with his flute playing.

PHILIP H. ANSELMO AND THE ILLEGALS Present A Vulgar Display Of...