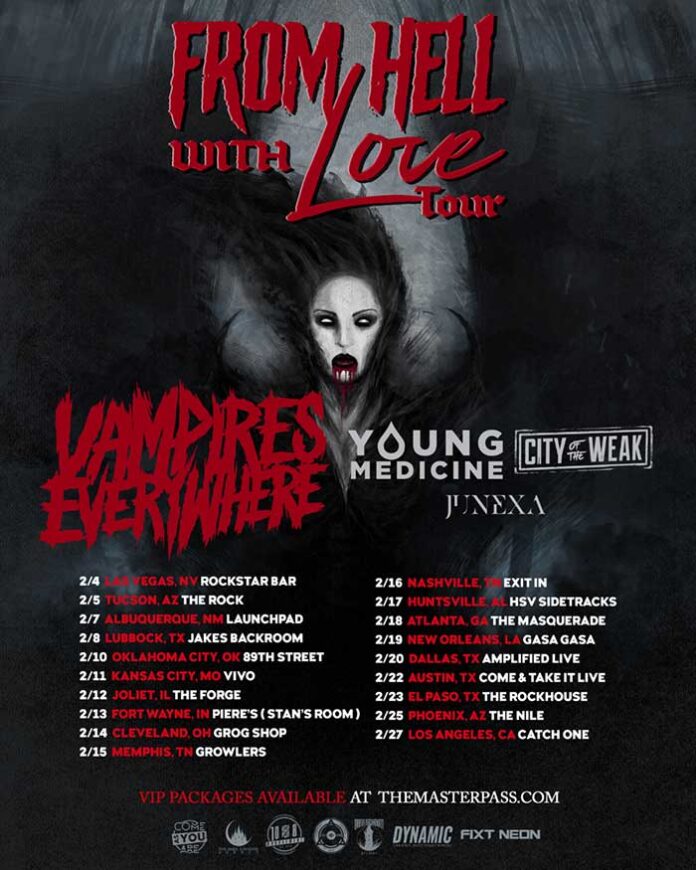 Las Vegas based horror rockers Vampires Everywhere have today announced that they will be hitting the road on their headlining From Hell with Love Tour in Spring 2022. Fresh off the heels of The Awakening Tour, the band will be on the road again starting in early February with Young Medicine, City of the Weak, and Junexa. UK fans can also catch the band in London on April 15, 2022, at The Underworld.

Speaking on the news, Michael Vampire shares: “The Lost Boys are back!! What an amazing feeling to have VE front & center again. I’m excited for the many adventures to come! I am beyond excited to announce our 2nd US headlining tour since the rebirth of the band. We are bringing some amazing support this time around. Don’t sleep on this & see you all on the road really soon!”

Prior to today’s news, Vampires Everywhere ended their five year hiatus and released their latest EP The Awakening, as well as a music video for their reimagination of The Weeknd’s classic “The Hills.” Check out the tour info below, and stream The Awakening here.