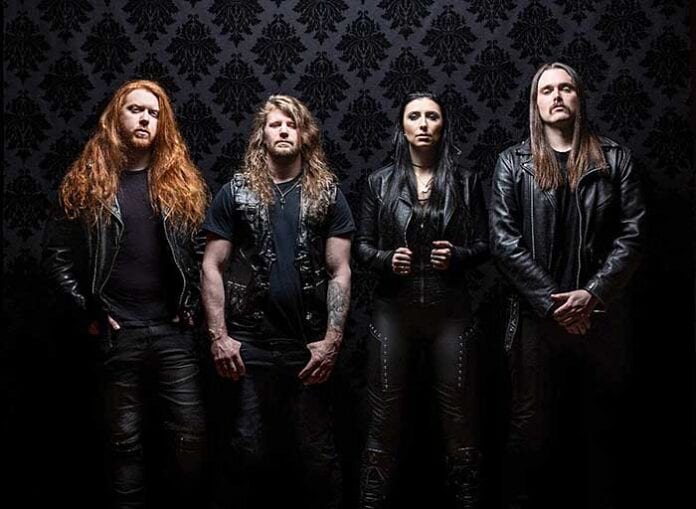 Listen to a Teaser of the Title Track, “Abyss.”

Less than a year after the release of their covers EP Explorers, Canadian melodic power metal quartet UNLEASH THE ARCHERS are back with a brand new 10-track masterpiece in the form of their fifth full-length album, Abyss. Lifted by the urgent, breathtaking vocals of frontwoman Brittney Slayes, on Abyss, the band re-cements themselves as an unequalled, undeniable metallic force with their strongest album to date.

Colossal, heart-stopping and heavy-as-hell while often exploring a noteworthy aura of addictive pop sensibility, Abyss further proves the indelible songwriting and technical talents of UNLEASH THE ARCHERS – not only reinforcing how high a modern band can soar within the atmosphere of power metal, but introducing an unbridled array of diverse sonic elements into the fold. Poised to make its mark amid a new generation of epic metal concept albums, listeners will be itching to hit replay within seconds of its satisfying end.

Abyss is set for release via Napalm Records on August 21, 2020, and beginning today, is available for pre-order in CD format, as well as 2LP gatefold vinyl format in original black, limited edition red/yellow swirl (mailorder only, limited to 300 copies), and limited edition purple (North American mailorder only, limited to 100 copies). A limited edition Deluxe Earbook format is also available – the only edition including instrumental versions of each track and bonus alternate single versions (also featured in a standalone 7″ only available with the Earbook format) – as well as several additional bundles including t-shirts and more! The album will be available to pre-order digitally in mid-June.

AVATAR Teams Up with FYE for a Sonic Temple Exclusive Vinyl...

PRISTINE Unleashes Official Music Video for “Behind the Line”