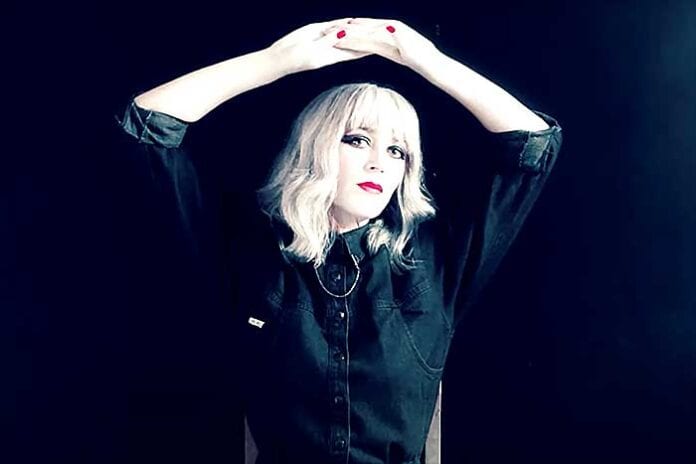 Glasgow based electro rockers Union of Knives self-released “A Tall Tale,” their first of two collaborations featuring Ladytron’s lead vocalist Helen Marnie (which was not promoted outside of the UK).

The trio is composed of Chris Gordon, Ant Thomaz (Dope Sick Fly), and drummer Pete Kelly, who returned from a decade on tour with The Kills and Ladytron, and brought Marnie into the fold. These songs will appear on their forthcoming album Endless from the Start, which will be released this spring with the next single, first week of March.

Helen had this to say; “I wanted to create a state of confusion and a feeling of being on the edge with the mantra ‘Who am I?’ But that feeling quickly disperses into something beautiful and hopeful when Anthony sings. ‘A Tall Tale’ is a journey. Fare thee well.”

Anthony adds, “The repetitive mantra ‘who am I’ is a question we ask ourselves every day. For me it is like meditating while dancing.”

The band combines a dystopian soundscape with the pummeling urgency of industrial music and the cathartic release of ambient theatrics for a unique multi-textured sound that mesmerizingly references goth, warped soul, and more.