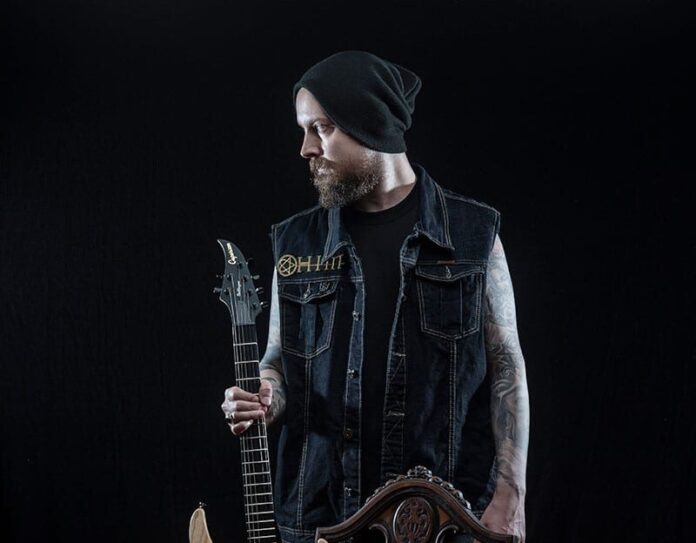 “‘Flood the Gates’ is the first song being released from the album that features Bjorn “Speed” Strid from Soilwork and The Night Flight Orchestra. The song is angry, energetic, and has some elements of classic hardcore to it”

“Flood the Gates” comes from the upcoming album Dark Verses, which releases on 6/22 on Tyler’s own label, 31 Records, and was mixed and mastered by Joe Cocchi of Within The Ruins with additional engineering and tracking by Jim Fogarty (All That Remains, Killswitch Engage). “Flood the Gates” will be available everywhere digitally for sale and streaming at 6pm on June 6th (6/6/6pm). The album also includes guest vocalists Brock Lindow of 36 Crazyfists, Kirk Windstein of Crowbar/Down, Toby Ductiewicz of aFtershock, Jeff Gard of Death Ray Vision, and J Costa of Thy Will Be Done.

Having played guitar previously for City of Homes, Once Beloved, and filled in on guitar for bands like Jasta and Diecast, Dark Verses is Tyler’s first solo album. “I wanted to write a bunch of songs that didn’t have to stick to a certain formula, and I wanted to include all of my favorite vocalists in the project.”

Exclusive Premiere of THE MENDENHALL EXPERIMENT’s New Song “Nothing Good...