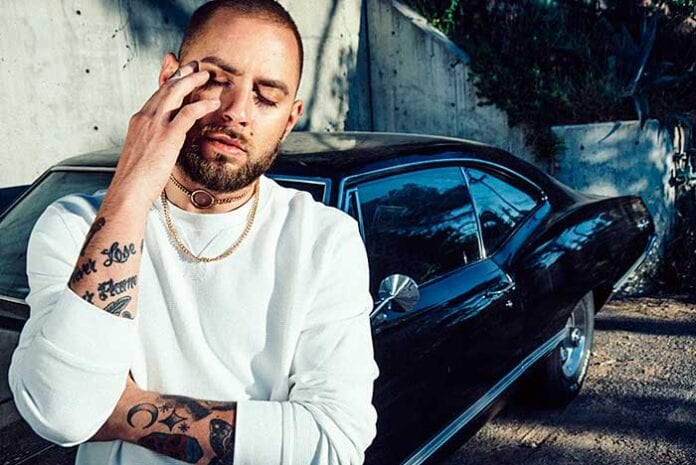 Issues vocalist Tyler Carter knows a thing or two about musical diversity. By the time the talented frontman was 23-years-old, he had already been a member of not one but two successful metalcore bands and had launched a solo career on the side that demonstrated his impressive skills as a pop and R&B singer.

Carter is pleased to announce that he will release his Moonshine Acoustic EP on June 26 via longtime label Rise Records. The eight song EP shows off the many sides of Carter’s musical personality and features acoustic versions of six tracks from his 2019 released debut solo album Moonshine. It also includes the brand new song “Escape My Love,” along with an unforgettable and haunting cover of the beloved Fleetwood Mac song “Landslide.”

“Fleetwood Mac’s original ’Landslide’ has always resonated with me and connected me with my roots and my family, especially my mom,” Carter explains, offering insight into his personal connection to the song. “Coming from fronting a rock band for most of my career, to crossing over and doing R&B and pop country as a solo artist, I felt this song fit as a coming out cover about changes and growth, evolution, and knowing where you came from. I also think it’s a great song for a gay rising artist.”

GWAR’s “Use Your Collusion Tour” Kicks Off Tonight