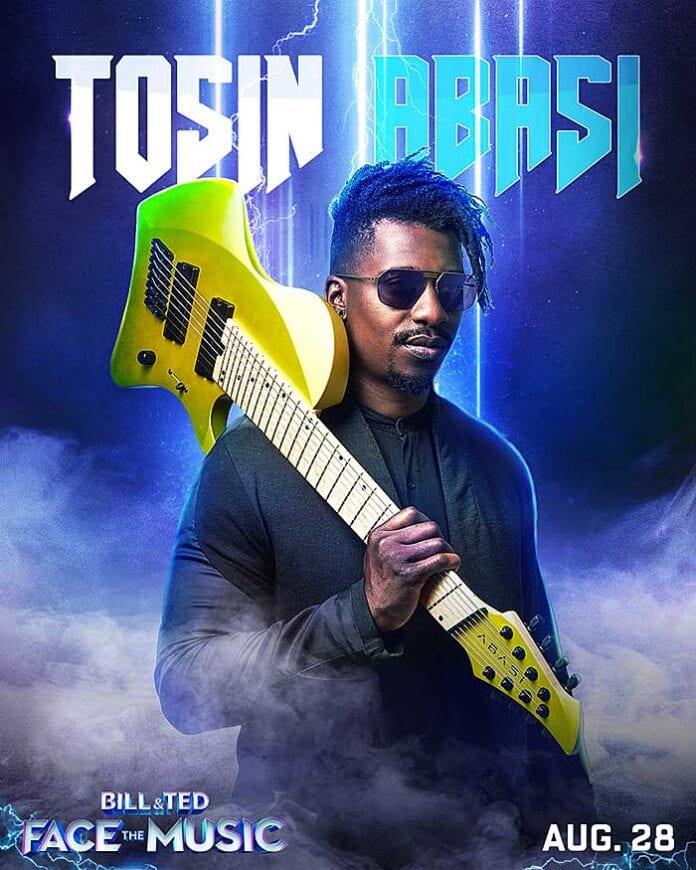 In most non-heinous news, it was recently announced that Tosin Abasi and Javier Reyes are both featured artists on the soundtrack for one of the summer’s most hotly anticipated movie releases, Bill & Ted Face The Music. Joining forces with Christian Scott aTunde Adjuah, they form the musical basis of the movie’s fictional band, Wyld Stallyns, performing the song – Face The Music – taken from the Bill & Ted Face The Music Official Soundtrack, releasing this Friday, August 28th, through Los Angeles-based independent label, 10K Projects.

Animals As Leaders are also excited to announce today that Tosin Abasi also features throughout the movie as the official “air shredder,” providing all the guitar licks that are played during the iconic air guitar moments shared frequently between the two protagonists. Passing the Bill & Ted “Air Shredder” mantle to Tosin is none other than guitar legend, Steve Vai, who worked on the previous movie, Bill & Ted’s Bogus Journey.

Speaking on the decision to bestow the honor of “Air Shredder” upon Tosin, Jonathan Leahy, Music Supervisor for Bill & Ted Face The Music says, “Getting the right guitarist to handle Bill & Ted’s air shredding was one of my top priorities from the very beginning. The director asked me “what does shredding sound like in 2020?” and my answer was “it sounds like Tosin Abasi.” Tosin’s virtuosity is mind-blowing and he leads the vanguard of modern players who push the limits of what’s capable on electric guitar. Everything about his approach, from the compositions to the techniques to the physical instrument itself, seems like it arrived via time machine from the future.”

Bill & Ted Face The Music director, Dean Parisot says, “When Jonathan Leahy suggested Tosin Abasi for Bill and Ted, I have to admit my first response was “Are you kidding? Absolutely! But will he even do it?” Miraculously, he did, and as expected, he blew us all away! Absolutely brilliant virtuosity and musicianship, an artist of the highest caliber, and a very nice man. I still can’t believe he did it, so so grateful he did.”

Tosin Abasi adds, “I’m thrilled to be part of the Bill & Ted Universe. Most excellent!”