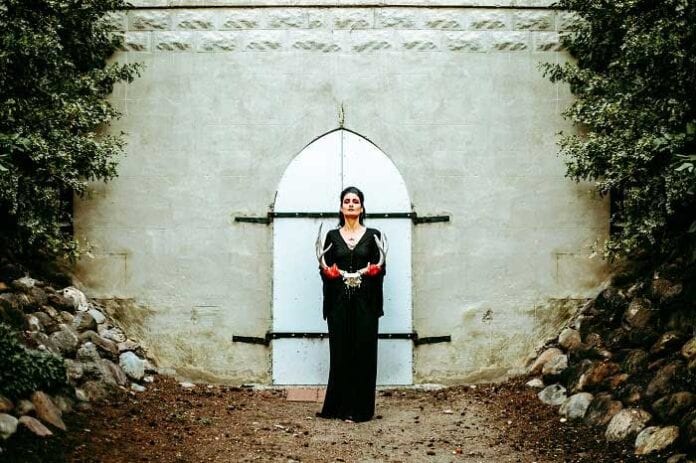 The Inferno Doll, the solo project of vocalist Laura Vargas, has just released her new single “Sacrifice” on Bandcamp and Spotify. The song is from her upcoming EP of the same name.

The EP will be available on streaming platforms on October 30th and will be followed by a worldwide CD release in on December 11th.

Listen to the song on Spotify
Listen on Bandcamp

The Inferno Doll is far from Vargas’s first foray into heavy music. Originally hailing from Chile, she fronted the popular alternative band Sacramento from 2008-2015, sharing the stage with Theatre of Tragedy and Within Temptation as well as performing at Chile’s inaugural edition of The Metal Fest in 2012. Vargas was also part of Eve’s Apple, a global community of female singers, and was proud to perform with them at Metal Female Voices Fest in Belgium in 2013.

Vocalist and songwriter Laura Vargas brings her demonic side to life in this solo project, which is on the eve of sharing the sophomore studio release Sacrifice. This 4-track EP is a follow-up to 2015’s highly regarded album Dollmination.

Now relocated to Calgary, Canada, Vargas is bringing her musical vision to the next level. Inspired by horror movies, gothic literature, the legend of Dracula, and bands like Devil Doll and Theatres Des Vampires, Sacrifice will surely solidify The Inferno Doll’s place in the worldwide underground scene as a dramatic, creative, and boundary-pushing act.

CHILD BITE Kicks Off US Tour with Today Is The Day