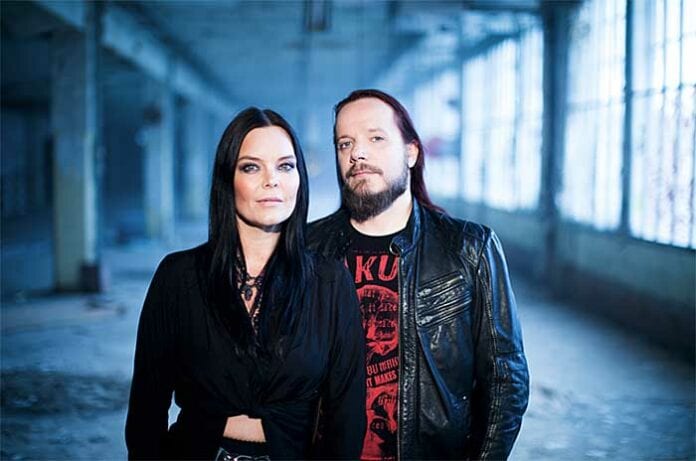 The DARK ELEMENT is a project fronted by vocalist Anette Olzon, together with Finnish guitarist and songwriter Jani Liimatainen. November 8th sees the release of the duo’s second album entitled Songs The Night Sings. Watch the lyric video for the new track “The Pallbearer Walks Alone.”

Songs The Night Sings takes off where the self-titled debut left off, with immaculate vocals from Anette Olzon and fabulous anthems written by Jani.

Since word of this project got out two years ago, fans had been frothing at the mouth with anticipation for the arrival of the band’s debut album. And no wonder considering the talent involved! Anette is widely known for being the immaculate voice on the hit albums from Nightwish, “Dark Passion Play” and “Imaginareum.” Jani, at the time, had recently been busy in Cain’s Offering alongside Stratovarius singer Timo Kotipelto, but left a deep mark on the minds of all power metal fans thanks to his time in Sonata Arctica. The resulting self-titled debut album, released in November 2017, was a joyous event for symphonic metal fans. Keen to be more than just a one-off, Jani and Anette reconvened to get the second album together for release this year. Jani’s been busy touring and recording with Insomnium, while Anette has been busy with other projects (more to be revealed later), but they worked hard to put their second album, Songs The Night Sings together. Fans of the first album will find much to be delighted with here, while symphonic metal fans who haven’t yet caught on, will be eager to dive in.

THE DARK ELEMENT made its live debut in June 2018 at the Sweden Rock Festival in Sölvesborg, Sweden. The band also completed a short Japanese tour and performed at the Frontiers Rock Sweden festival in October at Fryshuset Klubben in Stockholm. Get ready to enjoy even more shows soon!