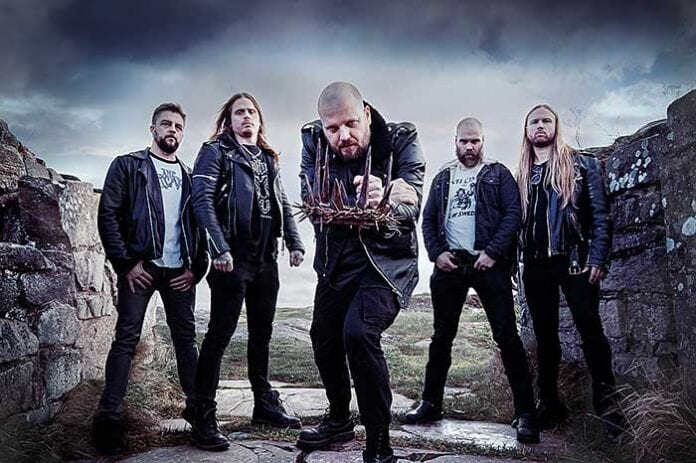 Bassist Magnus Olsfelt comments: “‘Scandinavian Satan.’ The music inspired from the early days of extreme metal, first generation black metal, a raw kind of barbaric metal rock ‘n’ roll. Even though inspired by history and days gone by, this is not by any means ‘retro,’ but takes its aim firmly set on the future. The lyrics are taken from the Völuspa, at least 1000 years old, but maybe still valid today and even more in the future of days?

“The epic cover art made by Christian Sloan Hall depicts the burning remains of a great tree, which is symbolic of the old Scandinavian worldview with its roots still intact, above this a golden crown is magically shining. In the distance, there is a great battle and an undead warrior appears, perhaps with the cut-off heads of the three norns, who represent what is, what has been past and what shall come to be. The undead warrior approaches the crown. The sky is shot with lightning. The axe is lifted with a piercing wail…What shall happen next?”