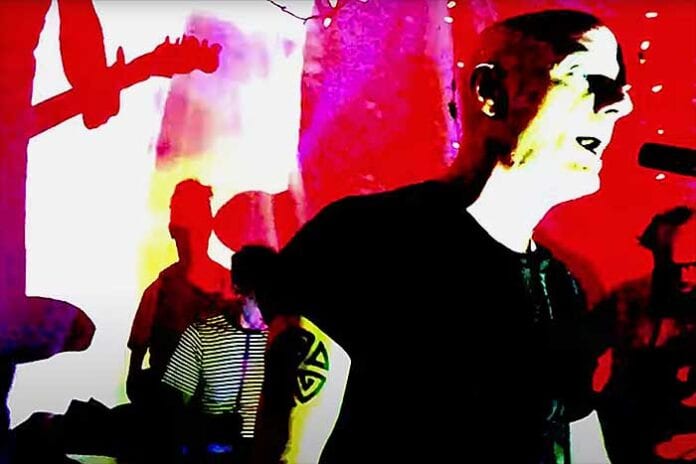 A video for “Recognition” debuted this morning, with singer/guitar player Chris Spencer sharing the experience that sparked the song: “Do you ever feel like you’re being watched? The inspiration for ‘Recognition’ came from a time when I was at the Hong Kong International Airport. The track focuses on the advent of global surveillance and loss of personal privacy via facial recognition programs and data tracking. As our world becomes more connected we’re forfeiting our right to a private existence.”

The EP’s release arrives precisely one year after the band unveiled their self-titled debut, Human Impact. The new EP features a mix of singles and unreleased B-sides that were recorded simultaneously to the debut album. The foursome eked out one live performance before the international lockdowns began: March 14 at Brooklyn’s Saint Vitus, in what would be the venerable venue’s final pre-COVID performance as well.

Available now on all dsps (http://lnk.to/HumanEP01), EP01 is also available as a limited-edition clear vinyl pre-order via Ipecac’s webstore and Bandcamp. 1000 copies will be available worldwide with an Aug. 13 release date.

BULLET FOR MY VALENTINE Announces Self-Titled Album and Drops Video for...