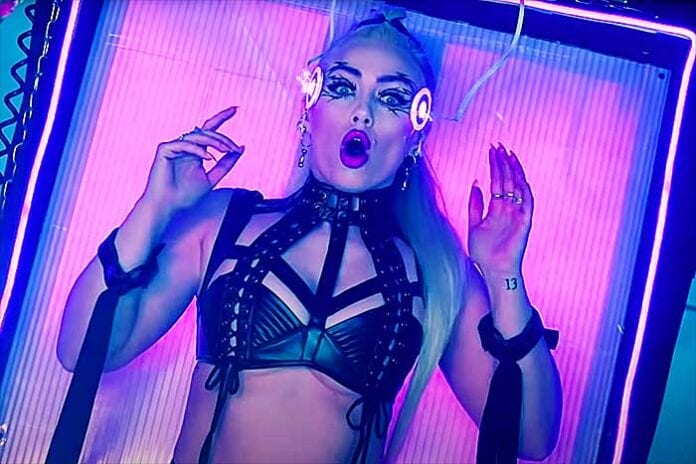 Canadian alt-metal/heavy rock crossover stars SUMO CYCO will drop their unstoppable upcoming full-length album, Initiation, on May 7, 2021 via Napalm Records. The band has proven undeniably potent with the breakout success of their two recent singles, ”No Surrender” and ”Bystander,” with the latter garnering over 100,000 YouTube views in just four days and impacting at #10 on SiriusXM Liquid Metal’s “Devil’s Dozen.”

Today, SUMO CYCO has dropped their most addictive anthem yet—the Kane Churko (Ozzy Osbourne, In This Moment, Papa Roach) produced hit-in-the-making, ”Vertigo.” It’s clear within moments that ”Vertigo” is an electrifying standout, connecting like a sucker punch as soon as its electro-laced intro breaks into the first verse, and standing tall with its airtight, heavy pop-influenced sensibility.

Skye “Sever” Sweetnam says about ”Vertigo,” its accompanying video, and working with Kane Churko:
“‘Vertigo’ was written pre-pandemic, but it’s crazy how we have been living through some of the most disorienting times in our lives. ‘Vertigo’ is all about trying to hold onto your sanity and self against any outside force. Having Kane Churko produce and co-write with us on this track was a great experience. We typically do everything at our home studio, so hanging in Vegas at the amazing Hideout Recording studio put us in a fresh new mindset to create.The music video contains one of the most elaborate sets we’ve worked on. I guess collecting so much junk over the years has paid off! Come choose your poison and start the INITIATION!”