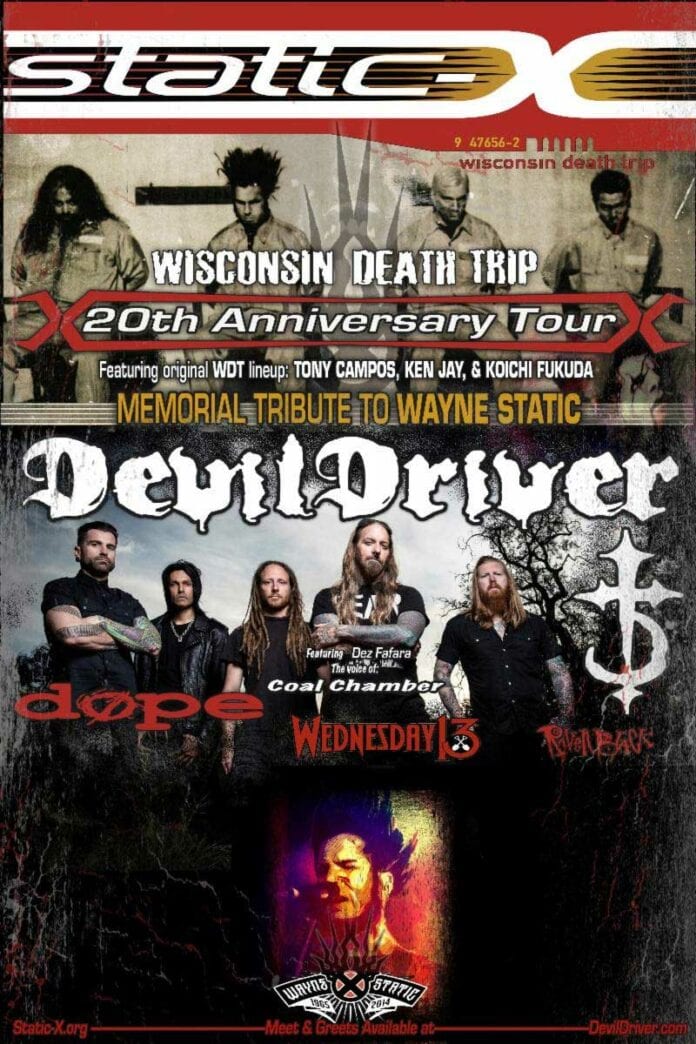 Tickets for this tour are in high demand, and select markets such as Joliet, IL and Pittsburgh, PA have already sold out, so make sure to grab your tickets now before they are gone for good!

Wednesday 13 says, “We are excited to announce that we will be a part of the STATIC-X North American dates. Now, we will be touring all over the world this year with STATIC-X including in Australia, Europe and the UK. Such a great lineup—we’re excited to be included on the bill.”

Raven Black adds, “We couldn’t be more excited to be a part of this tribute tour. As longtime fans who grew up listening to STATIC-X, it’s surreal to have this opportunity and be a part of it. It’s also incredibly full circle that our producer and friend Ulrich Wild produced Wisconsin Death Trip.”