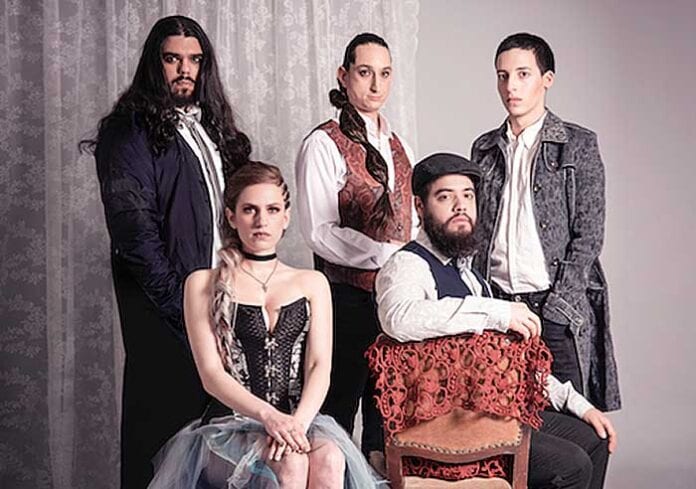 An intriguing concept album built of complementary song pairs working from the outside in, Strangers – set to be released on Oct. 30 by M-Theory Audio – is the newest effort from acclaimed Israeli progressive/symphonic metal band SCARDUST. With one pair of songs already unveiled to the general public via the music videos for “Tantibus II” and “Addicted,” the band has now revealed the first chapter of another two-part saga with their new music video for the track “Stranger.”

Says vocalist Noa Gruman, “When someone close to your heart is leaving you and you’re breaking down and feeling that you’re left to face the world on your own, the shared memories and moments that you had become ‘Stranger.’ Being neglected is a fragile and exposed feeling, so in this one song we chose to lose the choir and strings and strip things down to the core musicians. In the video, they are playing the song, but never together, in an obscure, unrealistic location. They are surrounded by concrete pillars and the scene is continuously spinning, leaving the viewer feeling dizzy and uncomfortable. Lyrics pop out here and there to highlight specific parts, and there are also hints of water by the musicians’ feet and paint cans lying on the ground. One may wonder why, and it will all be revealed in the other side of the story, told from the side of the neglector.”