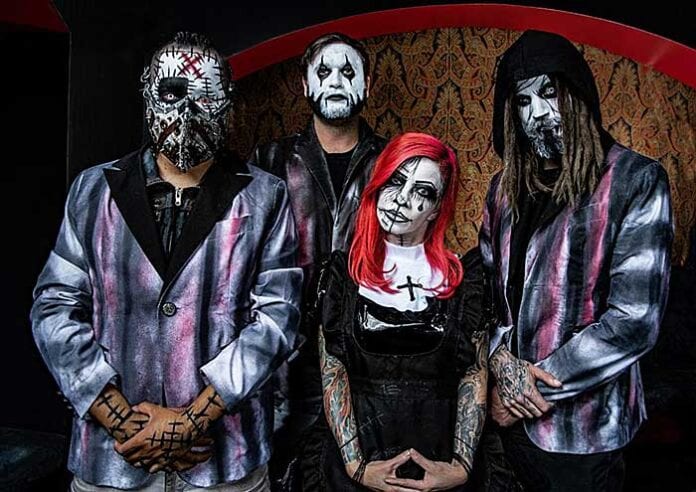 Theatrical metal band RAVEN BLACK has revealed a new video for the song “Darkest Pit,” from their upcoming third album, The Key.

“Darkest Pit” is a very personal song for RAVEN BLACK, as it was written by vocalist Raven specially for one the band’s own Rejects who was struggling with a dark period in his life.

“It reflects his personal struggle to hold onto everything meaningful in his life,” Raven says. ”His personal hell and his constant inner battle with his demons and coping with his depression and anger and trying to not give up. His only escape is to hide within a dark mosh pit surrounded by metal music. It is his release from all his pain and misery. We had the perfect match of music and lyrics to bring his escape to life in a metal song as we celebrate our new album, The Key, and comic book, We Came Across the Darkness, where we are struggling to escape our own hell.”

The Key, produced by Ulrich Wild (Static-X, White Zombie, Deftones), is scheduled for release this year via WurmGroup. Pre-orders for the album and an assortment of bundles are available via RAVEN BLACK’s webstore at https://squareup.com/store/ravenblackshop/. A new video for the track “Hear Me Cry” will be available soon. VIP packages for The In-Between Tour are also available at the webstore.

LIFE OF AGONY Shares a Behind the Scenes Look at the...