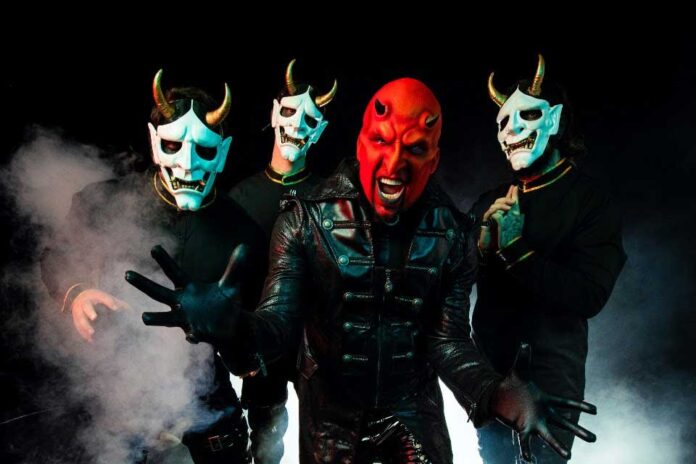 PSYCHO SYNNER has accomplished what they talk about in the record books. The band has released nine—yes, nine!—albums today, November 5. The band used the quarantine and subsequent lockdowns that were a result of the COVID-19 pandemic in an incredibly productive way. They worked their asses off and made music. Lots of music.

“We couldn’t play shows because of the pandemic, so we locked ourselves up and wrote and recorded nonstop,” says frontman Jeremy Spencer, aka Grym Synner. “Nine albums later, we have really found our groove, so to speak.”

The albums are as follows and you can get them here. Fans that purchase all nine albums at this location will also get the digital covers EP, Songs to Stalk You By, for free.

The band has also shared the video for the title track from “Bite the Snake.”

Unholy Hymns For The Children (Their debut)
Bite the Snake (The slimy, electric rock record)
As The Demon Dances Under the Blood Red Sky (The psychedelic record)
Fuck the Fire (The straight ahead face-smasher)
Killing You Softly (The acoustic record)
666 BC Volume 1: The Burning Years (First of a double album)
666 AD Volume 2: The Scorched Years (Second of a double album)
Dying to See You (The straight up metal record)
The Devil Made You Do It (The Satanic rock ‘n’ roll record.)