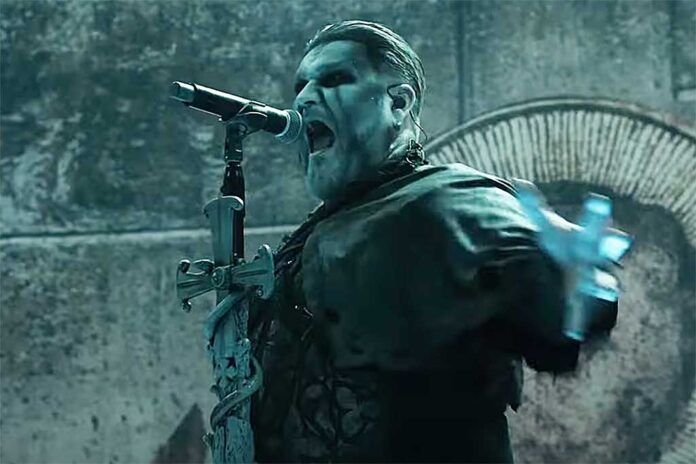 One of only three songs with German lyrics in POWERWOLF’s discography is “Glaubenskraft.” Celebrating its “live” premiere via the cinematic streaming event THE MONUMENTAL MASS – A CINEMATIC METAL EVENT, the song proves to be a real highlight in the live set of the band, ready to be unleashed to the masses at one of POWERWOLF’s massive tours or festival headline shows this year. The incredible sound production highlights this live version and turns it into a standout hymn for each fan of the genre.

The song, well placed at the end of the second chapter of the cinematic streaming event, called “Sin”, shoves a finger into the wound that the church has created for itself in recent years. The blank looking nuns in the video hovering while the band performs on an oversized burning cross speaks louder than any words.

All metal crowds will shout along to this banger of a song – whether they understand the German lyrics or not!