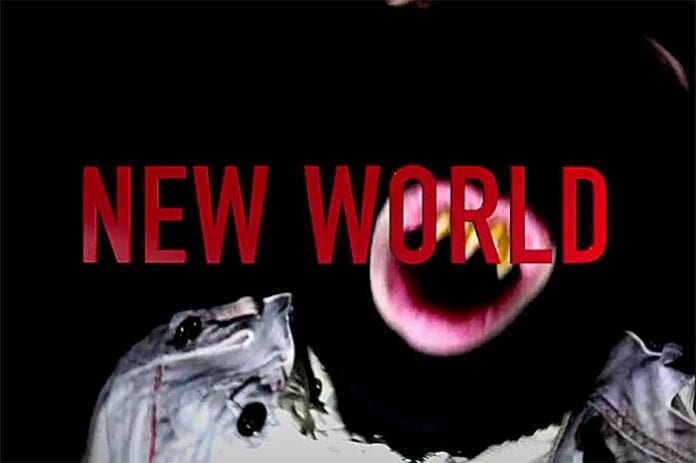 It’s only been a few months since dark industrial heroes Powerman 5000 concluded the recording of their latest opus, The Noble Rot, which is set to be unleashed on the world August 28 via Cleopatra Records. But not even vocalist/founder Spider One could have predicted the “rot” that would infect the world in that short time. And while the album’s first single, the catchy goth rocker “Black Lipstick,” offered a kitschy, retro form of darkness, the album’s second single “Brave New World” brings a far more sinister and disturbing vibe in the carefully controlled sonic chaos of the track’s keyboards punctuated by heavy, sharply riffing guitars.

The song’s refrain “Welcome to the brave new world, same as the old scared world” captures the true nightmare of modernity, the realization that the revolution, even if it was televised, didn’t actually change anything. As Spider puts it, “Some people who have heard the song have commented on how timely it seems, but the thing is, we have always written songs about the world’s dystopian tendencies so we are bound to get it right once in a while.”

To accompany the track, the band is also releasing a new video – a kind of ultimate minimalist horror film consisting of a single hallucinogenic demon figure who flirts in and out of the spotlight and frame. The singular focus on this one image forces the viewer to find the layers of meaning hidden beneath the shocking horror of the surface. “I wanted to visually represent the chaos and fear that so many people are feeling right now,” Spider says, “though I didn’t want to use a bunch of news footage of protests and riots and people on ventilators. So, me in rotten monster fangs and a ski mask had to do.”