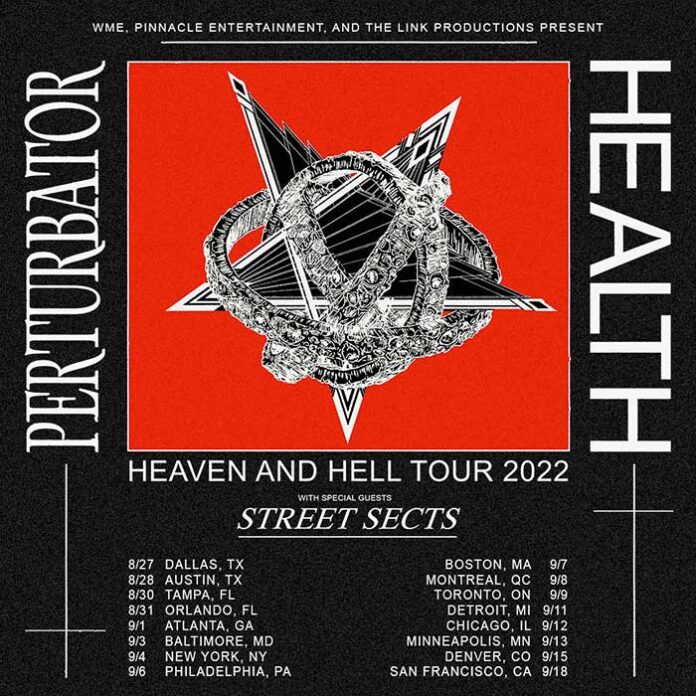 Perturbator returns to North America for his first trek across the continent since his blistering set at Psycho Las Vegas 2019, extending his co-headlining tour with Health to include a month of dates in the United States and Canada.

“Very excited to head back to the U.S. after all of these years, and to perform my latest release, Lustful Sacraments, with my good friends from Health and the great Street Sects no less,” said James Kent (aka Perturbator).

MEGADETH & LAMB OF GOD Co-Headline Tour Kicks Off Next Month...