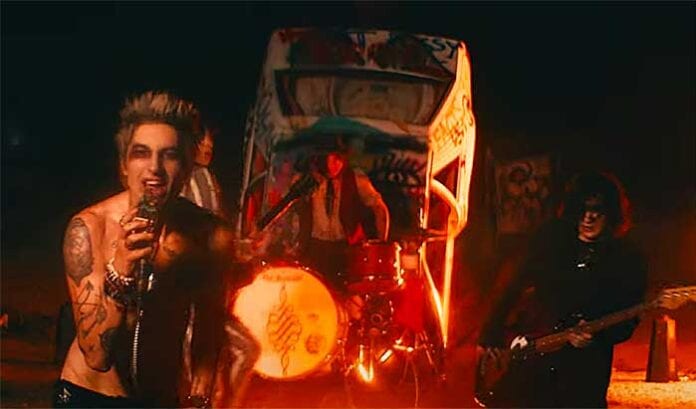 PALAYE ROYALE has released the post apocalyptic, Mad Max-esque music video for “Anxiety” taken from their new album, The Bastards (out now on Sumerian Records). The video was shot in the Nevada desert and picks up where their previous music video for “Lonely” left off. The track showcases the heavier end of the new PALAYE ROYALE sound found on their latest release. Watch the awesome new video, co-directed by Palaye Royale frontman, Remington Leith.