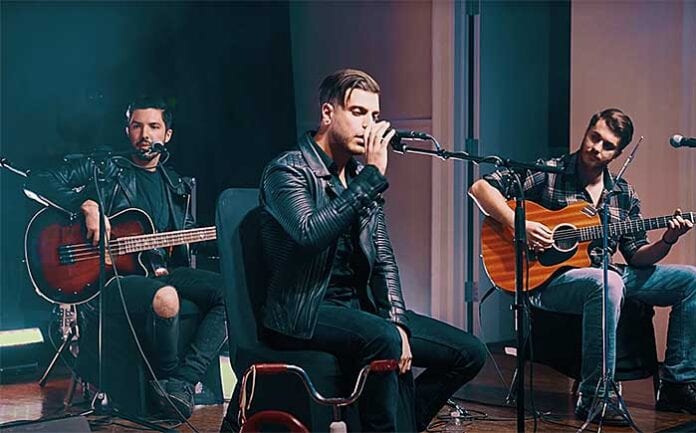 Acoustic EP Recorded Live at the Home if The Shining Out Friday, 26th June on Fearless Records and Will Be Available Here

Horror themed, metalcore icons Ice Nine Kills have today announced the release of Undead & Unplugged Live From The Overlook Hotel—a five track acoustic EP recorded at their very special fan event in association with Colorado’s 107.9 KBPI at The Stanley Hotel, more famously known as The Overlook Hotel from classic horror movie, The Shining. The EP will be released tomorrow, Friday June 26th and will be available here. Those who want to unlock the EP artwork early can do so by playing The Undead & Unplugged Unlock Maze—a special video game created by Ice Nine Kills that takes place in the maze of The Overlook Hotel. To play, click here.

For a taste of what to expect from Undead & Unplugged Live From The Overlook Hotel, Ice Nine Kills have released the the video for the stripped down version of Enjoy Your Slay, which was inspired by The Shining and shot at the event.