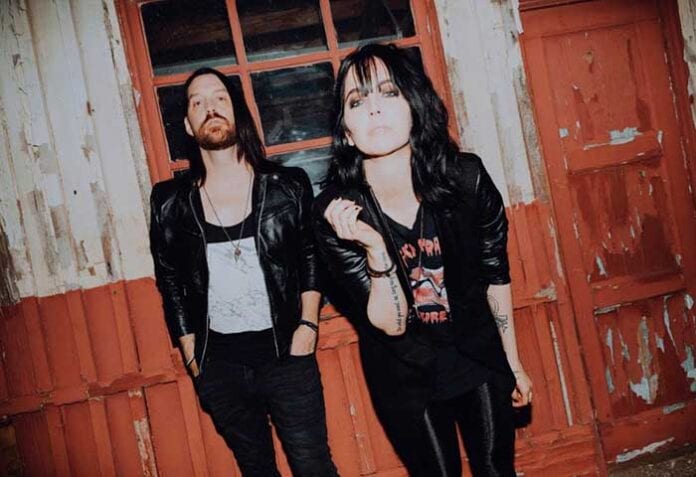 Los Angeles based rock duo Dead Posey has released the official music video for their chilling single, “Head Of The Snake,” the second release from their latest EP Malfunction released via Sumerian Records/Position Music in June 2020. The music video for “Head Of The Snake” is a brooding, thrilling ride through a David Lynchian frenzy in this psychological horror-tinged visual accompaniment.

Speaking to the “Head Of The Snake” video, Dead Posey shares:
“We started thinking about a “Head of the Snake” video during the initial heavy days of Covid-19 quarantine, and quickly realized we were gonna need something that we didn’t have to physically shoot. That’s where the idea of doing an animated video came from. We worked with the very talented animator/illustrator Tony Celano at Sumerian Records to put this together. We wanted to show DP in a warped 50’s horror B-movie, with some surrealist Lynchian twists thrown in. The song is about throwing off the shackles imposed by long-standing oppressive institutions and belief systems; we wanted the imagery to give that impression in an abstract way…while also throwing a couple direct gut punches to the system.”

ONCE HUMAN Releases New Single/Video “Only in Death” from Upcoming Album...