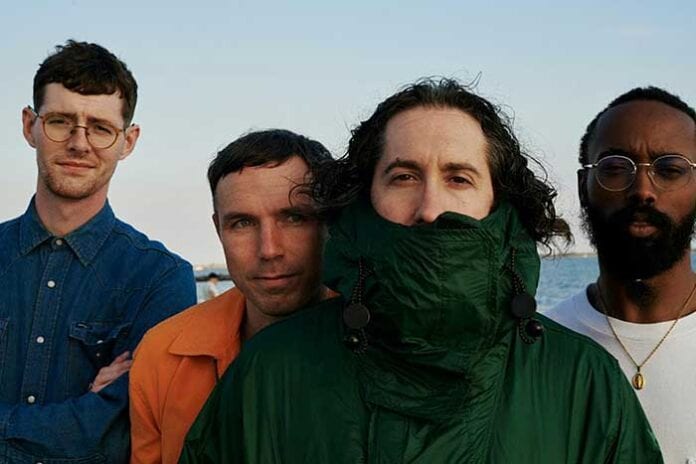 NOTHING shares the second single off The Great Dismal. Listen to “Bernie Sanders” on all streaming services HERE and watch the official music video directed by Jordan Hemingway (The Academy Films). The band has partnered with Rock the Vote to register voters via the viewing link.

Speaking on the song, Domenic Palermo says: ”Originally, it was about being lost in Japan…both figuratively, and literally. While searching relentlessly for an answer, you typically find yourself unearthing deeper meaning and often prompting more questions. By the end of it all you don’t even know if you were ever lost at all or if you were exactly where you were supposed to be the whole time. I really don’t even know what it means anymore.”

NOTHING return with their highly anticipated new full-length, The Great Dismal. Recorded throughout quarantine with producer Will Yip at Pennsylvania’s Studio Four, The Great Dismal explores existentialist themes of isolation, extinction, and human behavior in the face of 2020’s vast wasteland. Arriving just prior to the band’s 10 year anniversary, The Great Dismal is out October 30th on LP/CD/CS/Digital via Relapse Records.