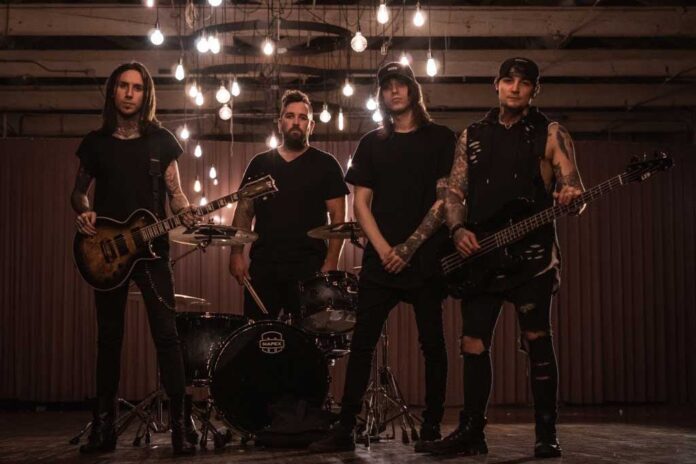 Buffalo quartet Until I Wake—vocalist Cody Johnson, bassist Ryan Ridley, guitarist August Geitner, and drummer Alex Curtin—announced their signing to Fearless Records this past summer. Today, the band has shared another taste of new music, dropping the video for the new single “Octane.” Watch the video, which finds the band in performance mode from multiple perspectives.

“‘Octane’ is basically about the after effect of putting too much of your faith in someone only to constantly be let down,” Until I Wake explain. “This first track off the album is more of a rock song and a complete 180 from our prior release ‘Nightmares.’ The contrast between this release and where we left off on our EP with ‘Nightmares’ is basically a set up for how the LP will be laid out but the spectrum of sound on our album will be even more broad as we explore our ability to write way heavier music as well as continuing to put out some rock jams!”

The band finishes, “‘Octane’ is a big fuck you to the ones who don’t stick around and can’t keep up.”