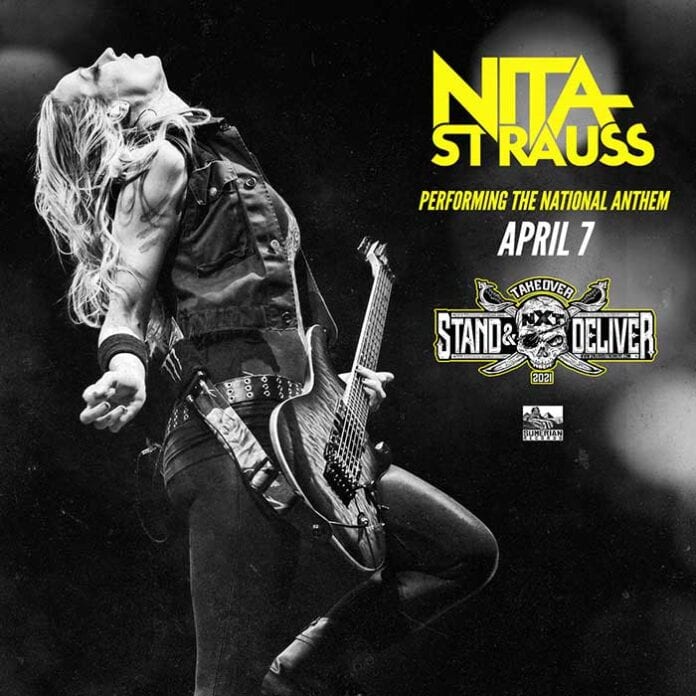 Legendary guitar maven Nita Strauss will do the honor of performing the National Anthem on NXT TakeOver: Stand and Deliver Night 1. Nita has previously performed an epic entrance theme for Shinsuke Nakamura on WrestleMania 34 and played alongside Halestorm’s Lzzy Hale for the WWE Evolution intro, making her a household name in the WWE world.

Aside from her burgeoning solo career, Nita Strauss is also known for being Alice Cooper’s guitarist. NXT TakeOver: Stand and Deliver is a pay-per-view wrestling television special produced by WWE for their NXT brand division.

KATAKLYSM Releases Music Video for “Cut Me Down”