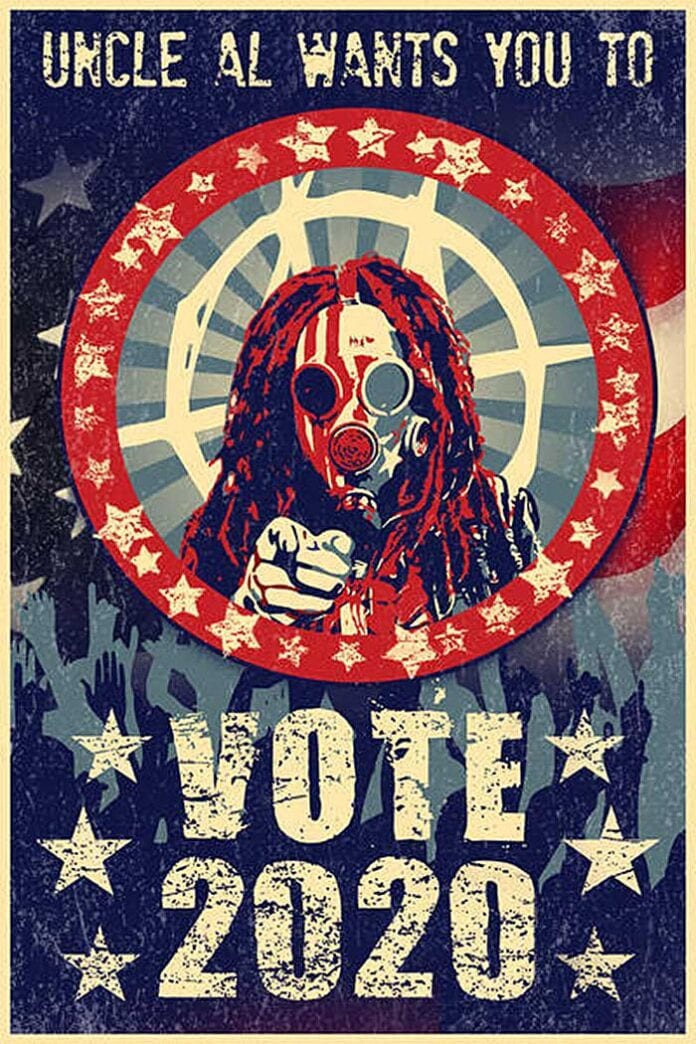 With one of the most important elections in American history on the line this November, Ministry and creator Al Jourgensen are launching a 2020 campaign to inspire fans to get election ready and look forward to receiving a range of autographed memorabilia from Ministry’s acclaimed 2018 anti-Trump album AmeriKKKant.

Says Jourgensen, “When AmeriKKKant was first being developed, the album was a direct response to waking up to shock and panic the day after Trump was officially elected. Now, four years later these songs take on new meaning as we get rid of the Mango Moron. Vote this November like your life depends on it, because this time it really does!”

Fans who are currently unregistered to vote are encouraged to head to http://ministryband.com/vote and click on the graphic to complete a few simple steps to get ready and sign up for alerts. Once completed, take a screenshot of the confirmation page and e-mail it to unclealforpresident2020@gmail.com along with your mailing address.

Fans who are already registered to vote are encouraged to engage in another cause important to the band—the national #SaveOurStages campaign that urges Congress to provide critical funding to independent music venues across the United States. Head to www.SaveOurStages.com and sign the online petition and/or make a donation to the cause. Once completed, take a screenshot of the confirmation page and e-mail it to unclealforpresident2020@gmail.com along with your mailing address.

Supplies of autographed memorabilia are limited and available to fans in the U.S. only who are able to take a voter action in the upcoming election and take part in the #SaveOurStages national campaign. Please send only one e-mail per person.

To provide the perfect soundtrack to get fans engaged in the upcoming voting season, Ministry has also created a new playlist, “The Soundtrack To Your Election,” available now on Spotify. With 30 powerful selections, the playlist features personal favorites of Jourgensen as well as Ministry’s own rally cries including new single “Alert Level” and tracks from the highly politicized album AmeriKKKant, the band’s most recent full-length release.

Listen to it here: http://nblast.de/MinistryElection2020