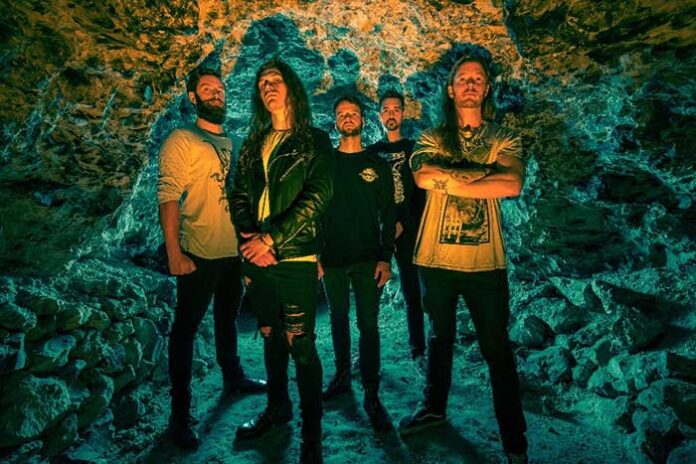 LIVLØS brings melodic death metal to new levels. Danish metal phenomenon LIVLØS has established themselves as an essential new name in the international metal scene, ready to shake up the landscape of modern death metal with their upcoming album, And Then There Were None, out October 22 via Napalm Records.

Their brand of Scandinavian melodic death metal—influenced by bands like At The Gates and Carcass, and paired with American rooted death metal in the vein of Death and The Black Dahlia Murder—has already earned the five piece appearances at Copenhell, Eurosonic, and Spot Festival.

After releasing the title track “And Then There Were None,” LIVLØS now presents their second glimpse into the upcoming album with “The Purest Black.” LIVLØS goes downtempo and truly evil with stomping drums, heavy guitars and punishing vocals. This song takes the listener through the diverse repertoire of the Danish powerhouse, combining Scandinavian metal influences with American rooted metal.

ENTOMBED to Release Clandestine – Live in May 2019