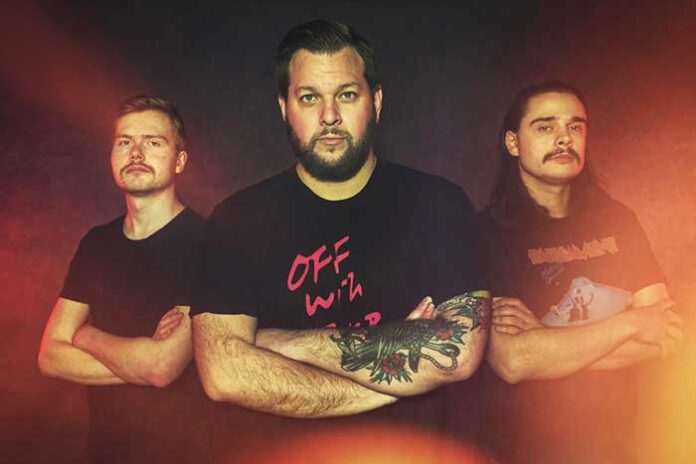 Norway’s hottest upstarts BOKASSA has finally released its long-awaited new album, Molotov Rocktail via Napalm Records. Their eclectic and catchy mix of stoner, sludge, metal and catchy punk rock has earned them diehard fans all over the world, as well as hundreds of thousands of streams across all platforms.

In his own words, frontman Jørn Kaarstad tells us his influences and Bokassa’s essential songs.

“I had heard a couple songs from them before this, but when I heard this one, they quickly became a favorite. That whole album is a prime example of a great, fun rock record, which we set out to do with Molotov Rocktail.”

“Clutch is always great, but Clutch with horns is even better. The groovy swagger on this one is excellent and something we wanted as well on our new record. It’s one of my favorites from the newer parts of Clutch’s discography.”

Alkaline Trio “She Lied to the FBI”

“Matt Skiba and company have consistently put out great, catchy three minute punk rock for years. I just love a great sing-along chorus, and Skiba proves that he’s still got it on this one. Songs like this seem so fun to play live, and we wanted a bunch of that kinda songs on Molotov Rocktail, and Alkaline Trio is always inspiring.”

A lot of people’s first introduction to us as a band and a song we always play. Showcases the original idea for the band. Speeded up stoner rock riffage with hardcore punk.

“Could’ve just as easily been “Last Night (Was a Real Massacre)” here, but that song doesn’t have a video. This is, in my mind, a typical Bokassa song—upbeat, sludge/stoney riff, hardcore verse, and a catchy chorus. Gives you a good idea of what we are about.”

“This one is one of my favorites of the new record. The song shows the songwriting evolution of the band to this day, while maintaining our core sound. It’s a great song.”

Book Review: MEMOIR OF A ROADIE