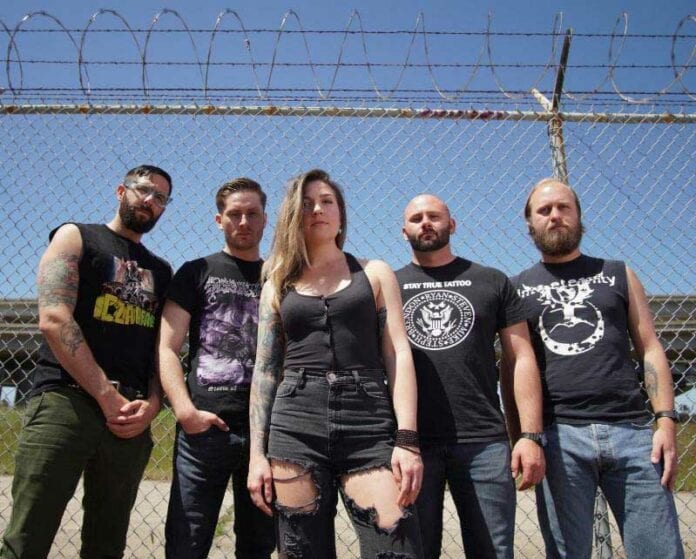 Bay Area melodic death metal outfit LIGHT THIS CITY announces the band’s first ever European tour, confirmed for the end of summer, as the band continues to support of their acclaimed Terminal Bloom LP, released last year through Creator-Destructor Records.

Terminal Bloom, LIGHT THIS CITY’s first album in a decade, boasts 10 tracks that capture their tendency towards extreme melody and intensity, honoring the Swedish sounds of the 90s. Having spent the past decade performing and touring in numerous other bands, the five members of LIGHT THIS CITY have only honed and shaped their skills and musicianship since their 2008-released Stormchaser. Terminal Bloom was recorded from December 2017 through February 2018 with Zack Ohren (Suffocation, Cattle Decapitation, Fallujah) at Castle Ultimate Studios in Oakland, California, as with their previous four albums, and is wrapped in the vibrant cover artwork of Tony Midi.

Following several tours throughout the US and Canada, as well as their first tour of Mexico, and a recent tour of Japan, LIGHT THIS CITY now confirms their maiden trip across the Atlantic. The band’s European Bloom Part 1 trek will begin September 12th and run through Germany, Denmark, Holland, Austria, Italy, and Switzerland, coming to an end on September 21st. Watch for additional tour dates to be announced in the months ahead as the band continues to book new ventures.

Drummer Ben Murray states, “We couldn’t be more excited to finally bring our thrash attack to Europe! This is just part 1 of our plan to tour Europe, as we’ll be announcing another run early next year. If you live in one of these cities, we hope you make it out to one of the shows! It’s been fifteen years since we began as a band, and we’ve wanted to get to Europe the whole time. See you in September!”

Terminal Bloom is available on CD, LP, and digital formats now through Creator-Destructor Records. Find order options at the label webstore HERE and Bandcamp where the album is streaming HERE.