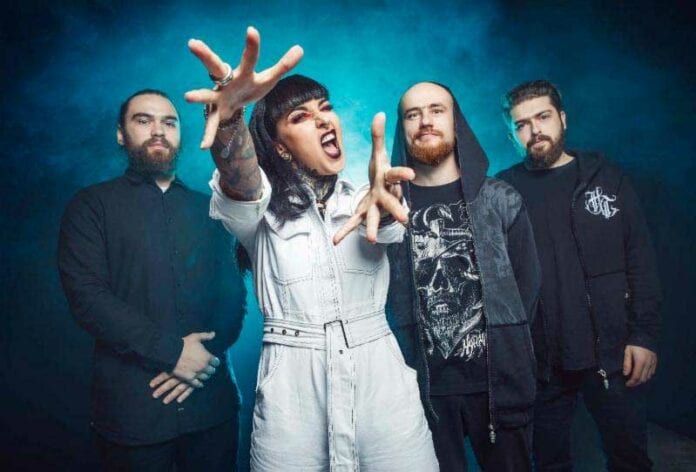 Ukranian metal juggernauts Jinjer have entered the studio to record the follow-up to their 2019 EP Micro. The album is currently set for a fall 2019 release. The band is currently holed up in the Kaska Studio in Kiev working once again with producer Max Morton who produced Cloud Factory as well as their breakout album King of Everything and their acclaimed follow up Micro EP.

“No rest for the wicked! Together with our long time friend and producer Max Morton, we are pleased to announce that we’ve entered Kaska Studio in Kiev to begin recording our third full album, to be released later this year. Trust us, it’s gonna blow your heads off,” says the band.

Jinjer will return to North America this fall on a headline tour with The Browning providing direct support. Due to overwhelming demand Jinjer will be upgrading to bigger venues in Mesa, Montreal, Toronto, Indianapolis, and Albuquerque to allow more fans to attend.

Get your tickets now as those shows will be sold out soon (as will many others!).

There has also been one more show added on 10/27 in Minneapolis at the Turf Club. Tickets go on sale immediately.

The band cannot wait for the upcoming tour, “We are extremely grateful to our North American fans for the love and support they’ve shown us time and time again! Tickets are selling like hotcakes, which means bigger venues. Better shows. MORE JINJER! Hell, we even have something special planned for you guys!”

ALL HAIL THE YETI Announces Within the Hollow Earth EP and...