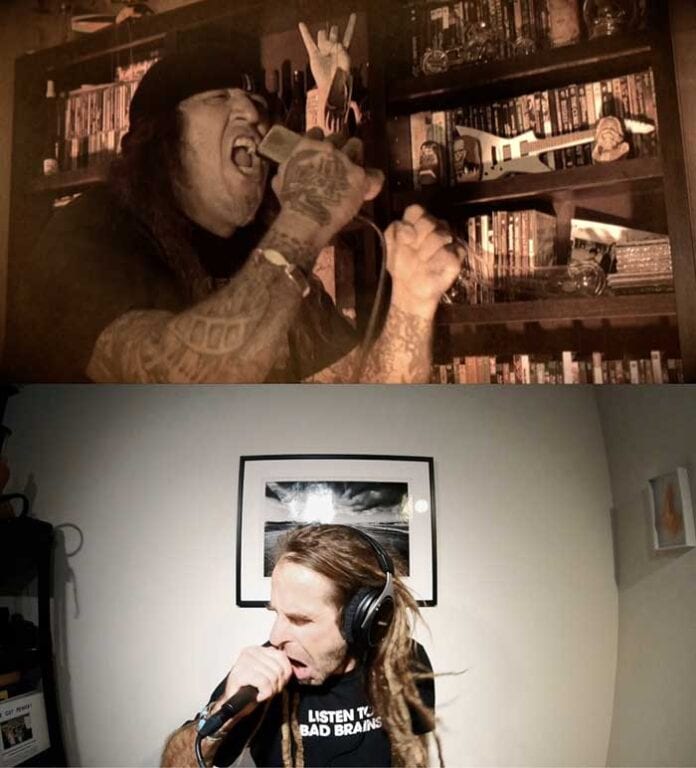 LAMB OF GOD has debuted a new live quarantine session video for the track “Routes,” featuring a guest appearance by Testament vocalist Chuck Billy. “Routes” is taken from last year’s self-titled release, which will see the deluxe version reissue this Friday, March 26 via Epic Records.

“It’s always an honor to be asked to perform with LAMB OF GOD, especially on this song,” says Billy, who also lent his voice to the album version of the song. “It has such a deep meaning for me personally with my native American heritage. I’m happy Randy included me to get the message out about what is going on with Native Americans in the USA.”

Pre-orders for the three-disc Lamb Of God (Deluxe Version) and the Lamb of God: Live in Richmond, VA 12” vinyl are available now. The CD/DVD set features the critically acclaimed 2020 release with two bonus tracks and a live version of the album, along with a DVD featuring the first of LAMB OF GOD’s two ultra-successful livestream events from the fall.

In addition to performing Lamb Of God in its entirety, the performance features an encore of four songs including “Ruin,” “Contractor,” “512,” and the debut live performance of “The Death Of Us,” a new song the band wrote and recorded in quarantine for the Bill & Ted Face The Music movie and soundtrack. The DVD also includes a new director’s cut with bonus material. Digital copies will contain only Disc 1 and Disc 2. A separate vinyl edition of Lamb Of God – Live From Richmond, VA will also be available.