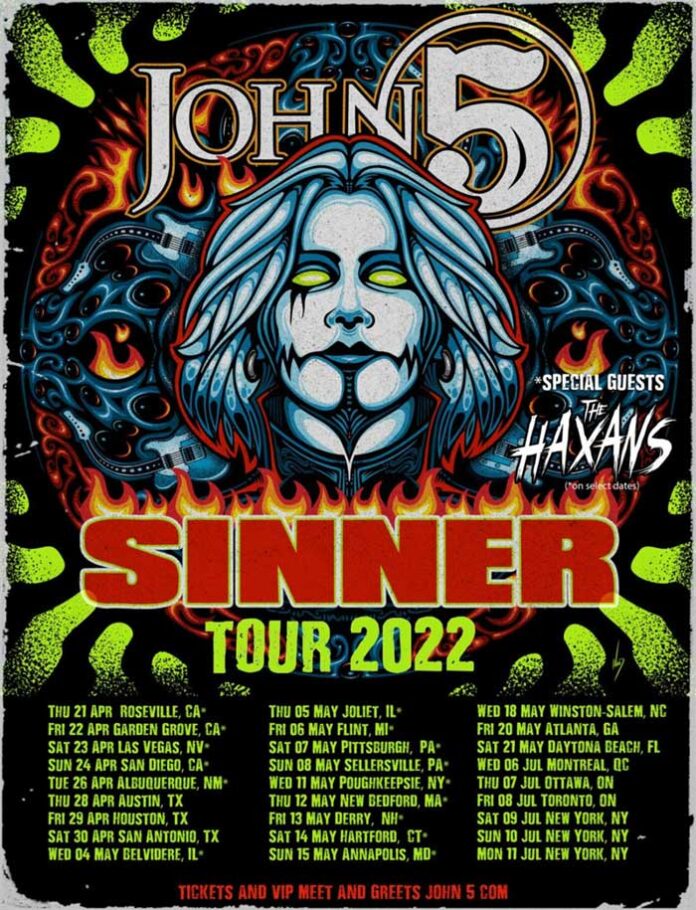 John 5 and the Creatures embark on the Sinner Tour next month. The band consists of JOHN 5 on guitar, Ian Ross on bass, and drummer Alex Mercado. Opening 15 of the 27 stops are The Haxans, the spooky rock duo featuring New Years Day frontwoman Ash Costello and Rob Zombie bassist Piggy D. John 5 and the Creatures will be supporting Fozzy on some dates.

JOHN 5 shares, “I am so happy and excited to get out there on the road. It’s one of my favorite things to do in life and I am excited to see all the familiar faces. I can’t wait to play some new songs off the Sinner album and travel the country. It truly is going to be an amazing year. As for the new Dreams of Distortion documentary, I’m very excited how Mike Savage and Barry Pointer put the whole thing together and it really is a wonderful story about going after your dreams.”

The band will be recording shows along the Sinner Tour for a live album and video with San Francisco and New York shows confirmed for the live recordings so far.