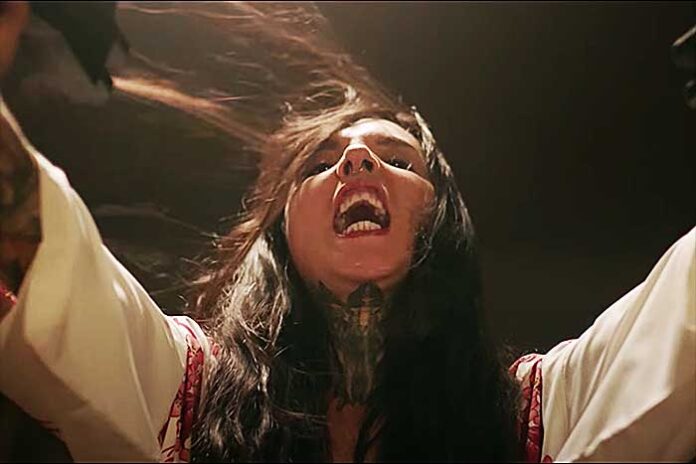 DON’T MISS OUR INTERVIEW WITH JINJER IN NEW ISSUE OF OUTBURN!

JINJER is without doubt the hardest working band in the metal scene. Now, shortly before the release of their long-awaited and critically acclaimed studio record, Wallflowers – out this Friday via Napalm Records – everybody is talking about them. Since announcing the album, the band has graced numerous renowned international magazine covers, booked the biggest stories, sold out countless tour dates, and their first two new singles, “Vortex” and “Mediator,” both cracked the multi-million stream mark in no time.

With their new track, “Wallflower,” JINJER proves once again that they can’t be pigeonholed by offering a surprisingly tranquil delve into their multi-faceted sound. The title track not only underlines highly talented vocalist Tatiana Shmayluk’s clean and equally bold vocal power, but also supports her convincing, forceful growls and adds a persuasive character of wrath, overwhelming heaviness and pure abrasiveness. The accompanying high-quality music video displays the band’s cinematic and audiovisual strength and their ability for impressive metaphors and immediately causes goosebumps at the same time: Socio-critical and precise, JINJER have reached a new level – lyrically and musically.

JINJER on the new single/video: “As the director Basil Pereverzev told us “Never give up and act in due course with the forces of the reality you have chosen for yourself” … Wallflower is one of a kind. This is a song we have lived through time and time again. Every single note, every percussion hit, every word Tatiana sings is well-thought through and shines. And the story which rolls out in the video is the best compliment to this song. Definitely the most multilayered work we have delivered sonically and visually. We hope that our fans can also relate the video and take something meaningful from it as well.”

BRING ME THE HORIZON Returns with New Single “DiE4u”