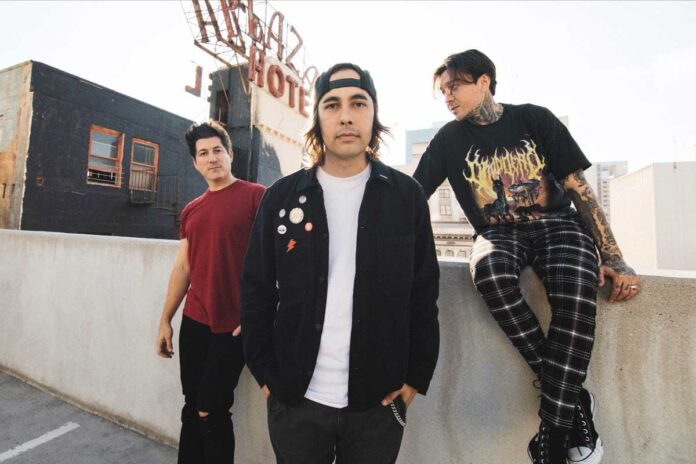 Today, the band has shared the visualizer for the latest single “Even When I’m Not With You.”

The track follows the explosive, one-two punch of the September 2022-released comeback single “Pass the Nirvana” and its successor “Emergency Contact,” which have tallied over 20 million combined streams!

Fuentes offered a deep insight into “Even When I’m Not With You,” saying, “Musically, it’s the first song we’ve ever created that utilizes the same looping riff throughout nearly the entire song,” Fuentes explains. “This was something that I have been trying to accomplish for years with our band and I’m excited that we finally found a way to do it with this one.”

Regarding the lyrical scope of the track, Fuentes states, “This song was inspired by a text my manager sent me while I was going through a rough time. I thanked her for being there for me, and she said, ’Even when I’m not with you, I’m still with you.’ That phrase touched my heart and inspired me to write a love song dedicated to my wife about no matter how far away I am on tour, I’m still devoted to her, and we will always be connected through our love.”

As for The Jaws of Life as a whole, Fuentes says, “This album has truly brought us closer than we’ve ever been. It was extremely difficult for us to be off the road and apart for so long. We’ve never missed anything more than playing music together and never had such a strong appreciation for recording, touring, and simply being in the same room together than we do now. The Jaws of Life is about how life can sink its teeth into you and try to devour you. The negativity in the world and within your mind can be a vicious thing. We’re extremely grateful for this record, our fans, and the opportunity to play live music again.”