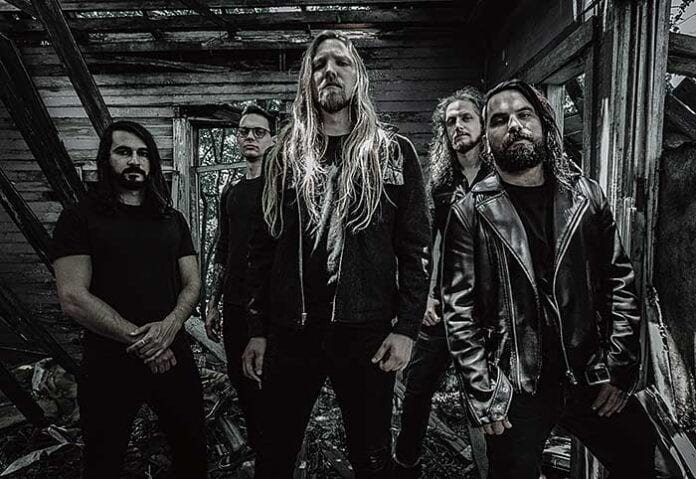 Austin, Texas based melodic death-doom metal unit HINAYANA recently announced the upcoming release of their crushing Death Of The Cosmic EP—set for release on August 28, 2020 via Napalm Records.

Vocalist/guitarist Casey Hurd states about the track and working with Toni Toivonen:
“‘In Sacred Delusion’ is about the inevitability of our own self destruction. We are all in some way walking towards the flame of our own demise, both collectively as humans and individually as people. We are on a path that sometimes seems like we cannot stray from, eventually burning the world around us and giving into the hellscape we’ve made for ourselves. The song incorporates more of the band’s doomy side, with downtempo riffing and emotional passages topped off with the guttural vocals of Hanging Garden’s Toni Toivonen. It was a sort of surreal experience to be able to share a track with vocalist of a band which has inspired my own writing so much and that I’d listened to for so many years. Toni is a fantastic musician to work with and I know he’s been looking forward to seeing this track be released just as much we have, so this is a very special moment for all of us!”