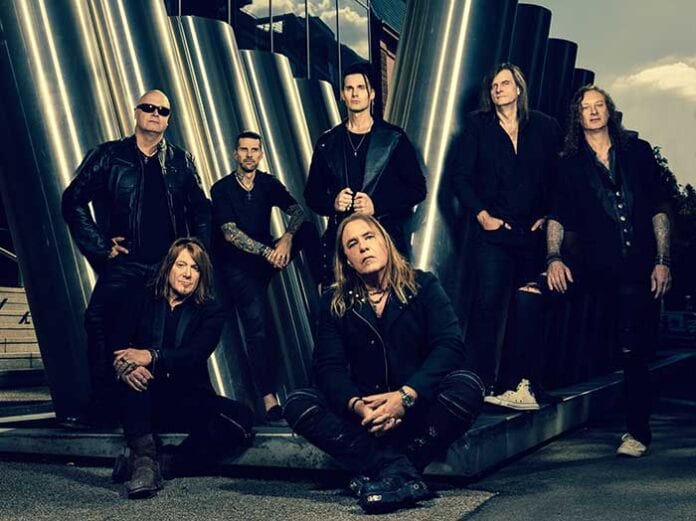 Today is the day: HELLOWEEN releases their new, second single “FEAR OF THE FALLEN” along with an amazing lyric video clip. The song is a fast-paced, melodic track done the way only Deris can do it. ”I had so much fun not only writing a song for my voice but also for one of the greatest singers out there. I always have an extremely broad smile on my face when I hear Michi singing my melodies“, says Deris.

Kiske adds, ”The whole process, including the spirit, was just ideal. If I had the feeling that one of the parts would not be really fitting, I asked Andi if he would sing it and vice versa. There was no competition whatsoever – what counted was what is best for the respective song. I am thankful to be (again) a part of this crazy family. I love them all.”

Get the song digitally here: https://bfan.link/helloween