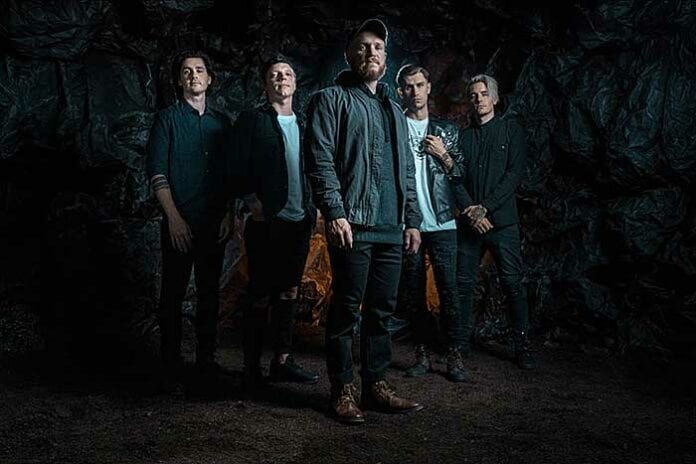 “From the First Note” and “Carry the Weight” served as the first tracks that the band released since singer Kyle Pavone’s tragic passing in August 2018.

“‘FTFN’ is a song that celebrates the time that we got to spend with Kyle and acknowledges how truly remarkable of a brother and bandmate he was,” says Moore. “Lyrically, I was able to reference ‘To Plant a Seed and ‘Tracing Back Roots,’ which were both written about the start of the band and how we lived together. I was able to take Kyle’s recorded vocal from ‘TPAS’ and fit it into the bridge of the song, so we can always hear him when we listen and play it.”

“We wrote ‘From The First Note’ as a promise to Kyle to not only preserve the amazing moments and memories we had together, but to continue carrying on the legacy of everything we built together,” says Glass. “The video portrays the band playing in a dream-like state, surrounded by beautiful colors and flowers. Our albums throughout the years have had themes of roots, branches, and overall growth. So we felt it was only right to create something that not only captured that essence but persevered it as well.”

The band will also embark on an 10th anniversary tour celebrating their landmark, 2009-released album To Plant A Seed.  The tour kicks off on March 5 in Chicago and runs through April 11 in Pontiac, Michigan, and will feature support from The Devil Wears Prada, Gideon, and Dayseeker. All dates are below.

To Plant A Seed was a definitive sonic statement for We Came As Romans and remains a fan favorite through this day. It’s only fitting that the band commemorate the release.

“We’re really excited to announce the 10-year anniversary tour for our first record To Plant A Seed,” said Moore at the time tour was announced. “Being able to watch our fans connect with us through music over the last decade has been an amazing privilege, and it all started with To Plant A Seed. Way back in 2009 when we recorded it, we had no idea where it would take us or what we were really even doing, and it’s awesome to see that we can play these songs still, and feel that connection with you.”

He continued, “But over the course of 10 years, we’ve released four other albums and we’re even working on a fifth! With that being said, we are going to be throwing these songs into the vault of old WCAR—and retiring them from all future setlists after this tour. So make sure you grab your tickets and come hear these songs one last time live.”