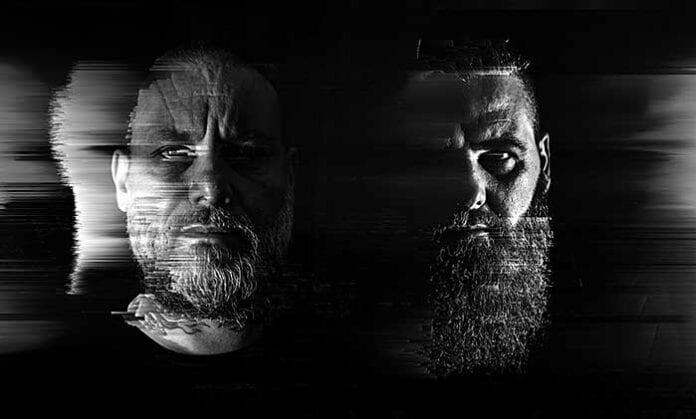 Experimental duo CROWN has shared the first single, “Illumination” from their forthcoming sophomore album, The End of All Things, on Pelagic Records today.

Dark and moody; bleak and sublime; airy and crushing; mesmerizing and engrossing; bold yet unerring; strident, danceable and suffocating, all at the same time. An album oozing with tasteful, fragile hook lines flirting with the abyss they are hovering above, encapsulated within an ingenious major production, provided by one half of CROWN himself: David Husser has worked as a sound engineer, producer and musician all across the globe with artists like Alan Wilder of Depeche Mode or at Peter Gabriel’s Real World studio, and has toured with his industrial band Y Front alongside Rammstein in the 90s. Paul Kendall (Mute Records, NIN, Nick Cave) said about David: “a distorting diamond… we have collaborated on a number of projects and I have been amazed by his ability to teach an old dog new tricks. He is simply the best recording engineer I have ever met.”

The other half of CROWN is founding father and vocalist Stéphane Azam, who has worked as live sound engineer for French blackgaze pioneers Alcest for years. Stéphane’s low, soothing voice on The End Of All Things comes as a complete surprise to anyone familiar with the band’s previous two records, which featured mostly screamed vocals—a fact showcasing the immense versatility of the musicians at work here.

The End Of All Things will be available on LP, CD and digital on April 16th, 2021 via Pelagic Records. Pre-orders are available HERE.