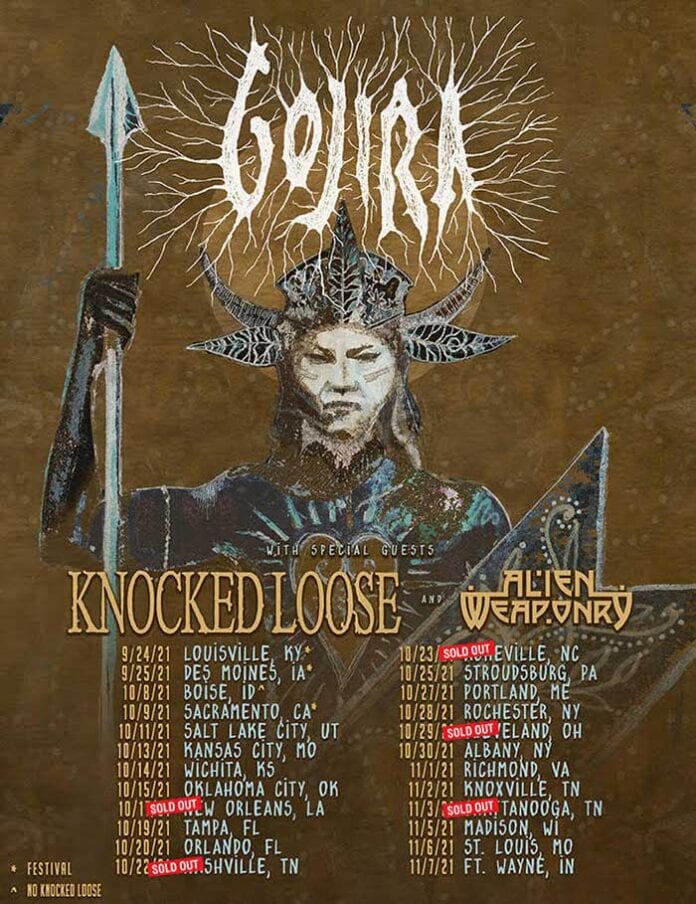 Additionally, a handful of Gojira’s previously announced headline performances including stops in Albany, NY, Boise, ID and Chattanooga, TN (Sold Out) have shifted to new dates with the Albany venue upgrading to The Albany Capital Center due to popular demand. It was announced last week that Gojira’s summer run supporting Deftones has been postponed until spring 2022 with all tickets purchased for the tour honored for the new 2022 dates [updated itinerary below]. For tickets and for more information on Gojira’s live schedule visit www.gojira-music.com.