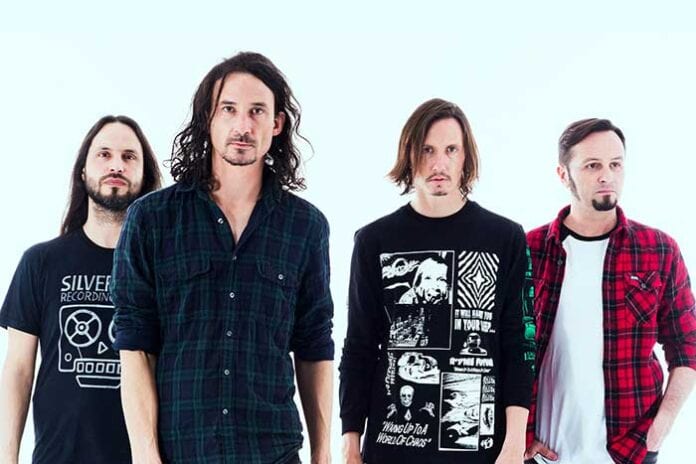 2x Grammy® nominated band Gojira has shared “Amazonia,” a brand-new single featured on their widely anticipated new album, FORTITUDE, which will be released April 30th via Roadrunner Records. “Amazonia” is available today on all streaming platforms and is accompanied by a Charles De Meyer directed official music video shot in France as well as various locations in Brazil. De Meyer collaborated with multiple filmmakers (Vincent Moon, Hauxplay, Jennifer Kumiko Hayashi and Midia Ninja) to help bring an unfiltered look into the lives and struggle of the indigenous tribes there.

On “Amazonia” Gojira take aim at the crisis impacting the Amazon and its indigenous communities. A lush ripper interwoven with indigenous folk instruments and groove-metal rhythms, the soundscapes skew verdant, but the themes prove anything but idyllic. Vocalist/guitarist Joe Duplantier surveys the endangered rainforest, concluding: “The greatest miracle / Is burning to the ground.” Proceeds from the song will benefit The Articulation of Indigenous Peoples of Brazil (APIB) who advocate for environmental and cultural rights of indigenous tribes in the Amazon who have suffered immensely – victims of deforestation, land loss, forced labor, violence, and harassment.

Launching alongside the song and video are two fundraising initiatives to help raise money for the indigenous owned NGO APIB. Working with the social good-focused digital platform Propeller, Gojira are curating a month-long charitable campaign featuring an auction of one-of-a-kind items from the band and their friends. The auction launched today with a Joe Duplantier signature guitar hand engraved by Duplantier with artwork celebrating Amazonian wildlife, in addition to a hand engraved Nash Guitars bass from Metallica’s bass player Robert and his artist wife Chloe Trujillo, a signed exclusive photo print from Lamb of God’s Randy Blythe, a limited-edition Rockhard Slayer motorcycle helmet, and more. Each week new items will be added to the auction – to see the current auction listings, visit propeller.la/gojira. Furthermore, Gojira have also launched a limited-edition art print to benefit the APIB, where the first 500 fans who purchase the print will have their names added to the final design. The limited-edition prints are available today at http://gojira.lnk.to/poster.

“This is a call for Unity” says Duplantier, “The music community can be powerful when united towards something meaningful like this! So many friends, great artists, bands have joined the movement without hesitation by donating instruments. This is a collective effort from so many people around us!”

The efforts continue Gojira’s career-long tradition of harnessing their music as a vehicle for environmental activism, not only surveying critical cases, but also catalyzing listeners to take action. “We don’t want to just release a song called ‘Amazonia’—we want to do something on top of that,” Duplantier explains. “We feel a responsibility as artists to offer a way for people to take action.”