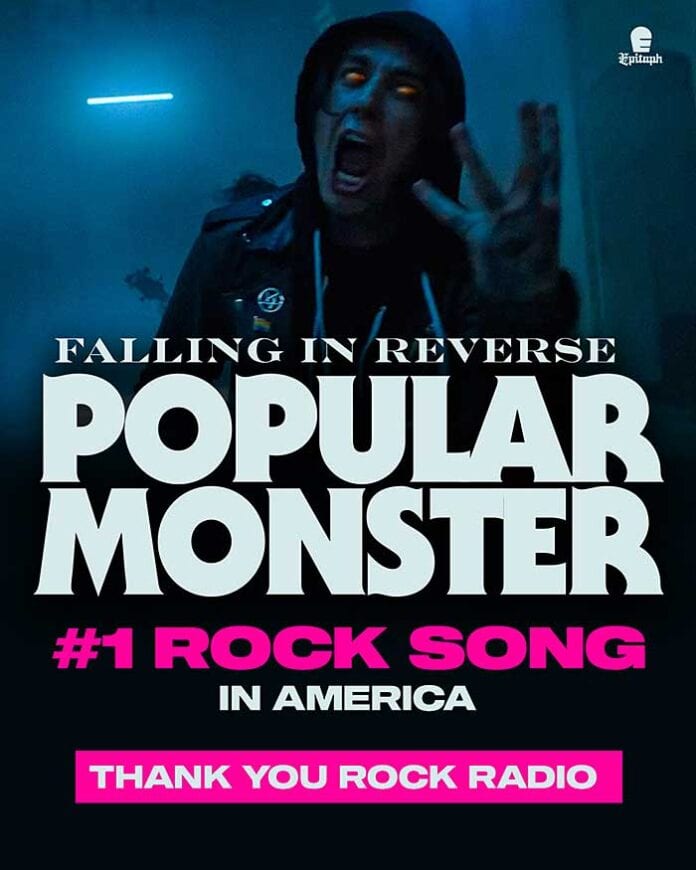 Falling In Reverse’s latest single “Popular Monster” is the No. 1 rock radio song in the country. The song landed in the top spot on the Mediabase Active Rock chart this week.

The song has tallied over 43 million total streams worldwide, along with nearly 19 million video views.

The chart-topping hit is the first No.1 single of Falling In Reverse’s career. It also follows the recent gold certification of the band’s 2011-released debut album The Drug in Me Is You and a sold-out anniversary tour.

FIT FOR A KING Announces Highly Anticipated Album The Path

DAWN OF DISEASE to Release New Album Procession of Ghosts