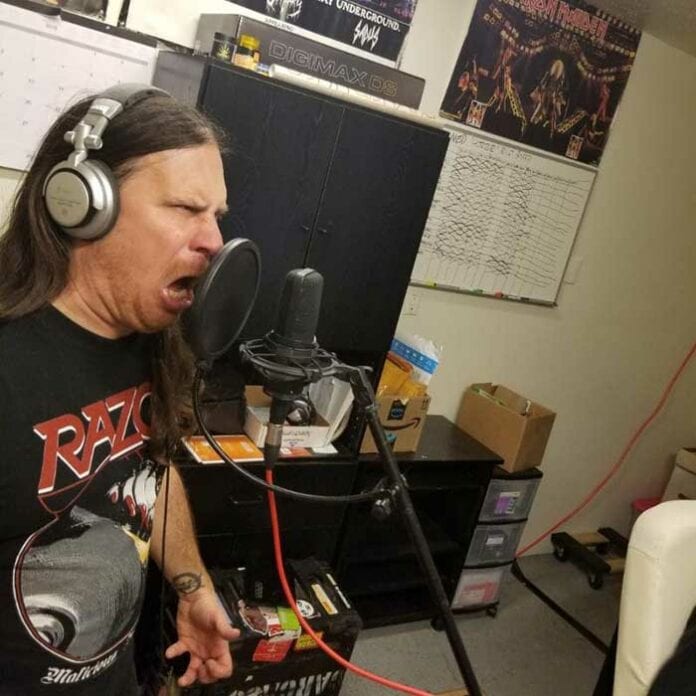 Gore metal maniacs EXHUMED are currently in the studio recording their seventh full-length and follow up to 2016’s critically-lauded Death Revenge. The as yet untitled album is being recorded at the band’s home built studio Darker Corners, a first in EXHUMED’s legendary career. The album, which marks the debut of new guitarist Sebastian Phillips (Noisem), is being produced by the band and Alejandro Corredor (Brujeria, Nausea) and will be mixed and mastered by Joel Grind (Toxic Holocaust). The record is expected to see release later this year. Stay tuned for more information in the months to come.

Comments frontman Matt Harvey, “This album has been a challenge in a whole new way; part construction project, part trial and error crash-course, and part deathgrinding madness. The deathgrinding part has been going really well, and we’re really focusing on bringing out the aggression of these tunes. The goal is to leave no face un-melted.”

EXHUMED will kick off a Latin American tour with Beyond Creation next week. The trek begins April 3rd, travels through fourteen cities, and ends April 21st. A few days later, EXHUMED will returns to the west coast for the Face Melter Tour celebrating the release of their new hot sauce, Forged In Fire, created by Hella Hot Sauce. See all confirmed dates below.

KILLSWITCH ENGAGE to Re-Broadcast Live At The Palladium Streaming Event