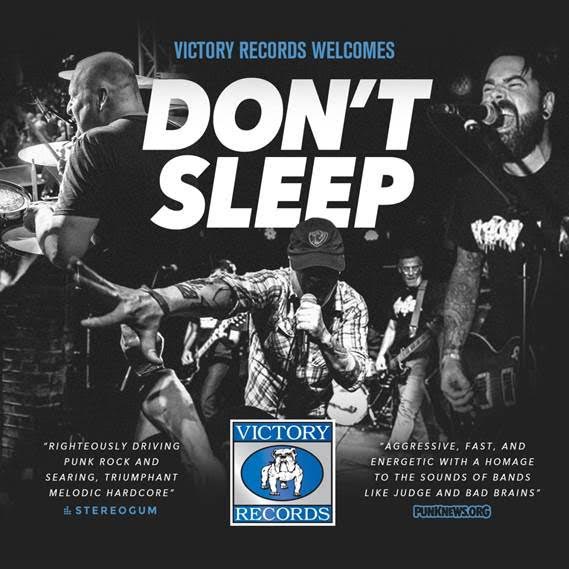 “Victory Records has played such an integral role in the evolution of hardcore. While DON’T SLEEP is a new project, we all came up in the old school and have mad respect for the history of Victory Records,” comments Smalley. “After talking with Tony (Brummel, Victory founder) over the course of last year, we realized that he really connected with our vision for DON’T SLEEP and we honestly couldn’t think of a better fit for this band. We’re honored and humbled to be working with such an amazing label and unbelievably excited to be part of their family.”

The band has released two EPs, Don’t Sleep in 2017 (Unity Worldwide) and Bring The Light in 2018 (Reaper). Their full length Victory Records debut will be released this summer.

DON’T SLEEP has toured and shared stages with Shelter, Sick Of It All, Madball, Face To Face and performed on the final Vans Warped Tour in 2018. The band are currently in the studio recording their debut full length album with Grammy nominated producers Carson Slovak and Grant McFarland (August Burns Red, Everclear).