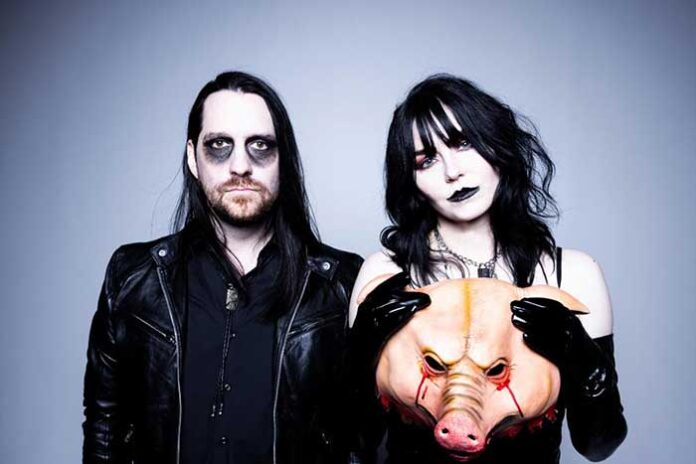 Los Angeles based rock duo Dead Posey has today released their latest music video for their track “sorry i’m not dead.” Prior to today’s release, the band dropped their catchy single “Russian Roulette,” which has amassed nearly 165,000 streams and counting on Spotify alone.

Speaking on today’s release, the band shares, “‘sorry i’m not dead’ is declaring war against the patriarchy. It’s cutting down the things that say you’re only pretty if you look like this or dress like that. Expecting women to have perfect hair, perfect nails, a perfect face, and body. It’s pushing against the systems in place that call Dead Posey a ‘female’ fronted rock band. No one ever says ‘male’ fronted rock band—it’s just a fucking rock band. This song is about breaking out of the little box that a society based on traditional gender roles has placed around women for ages.”

Watch the video for “sorry i’m not dead” and stream the track here. Stay tuned for more Dead Posey news coming soon, including 2022 tour dates plus a performance at the legendary Download Festival.