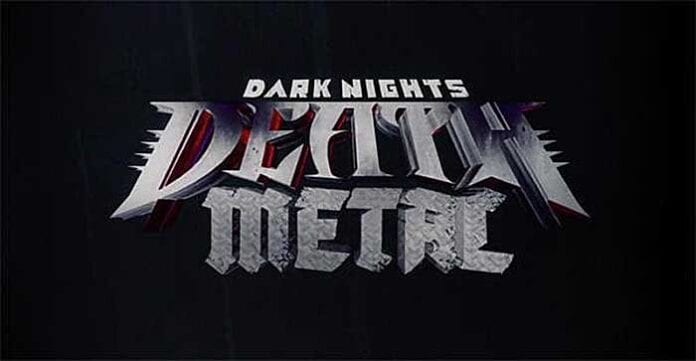 At the invitation of DC, multi-Gold and Platinum-selling punk rock stalwarts Rise Against will see its brand new song, “Broken Dreams, Inc.” as the lead-off track on Dark Nights: Death Metal The Original Soundtrack, the companion to DC’s recently launched, seven-issue comic book series, “Dark Nights: Death Metal.” Executive produced by composer Tyler Bates (“Guardians of the Galaxy,” the “John Wick” franchise, “Dawn of the Dead” reboot), who is also penning music for the score, the album’s songs were written and performed by some of Rock and Metal’s finest, all inspired by the comic series’ storyline. “Broken Dreams, Inc.” will be released next Wednesday, September 16 on Loma Vista Recordings, while the soundtrack’s confirmed release date, complete artist line up, and full tracklisting will be announced shortly.

DC premiered the “Dark Nights: Death Metal” soundtrack trailer at DC FanDome, a mega, 24-hour, immersive, self-guided, virtual experience with on-demand panels, presentations and reveals – think ComicCon, but all online and from the comfort of home. The premiere took place during the “Take a Tour of DC’s Death Metal Metalverse” panel.

Said Tyler Bates, “In Dark Nights: Death Metal, Loma Vista Recordings and I saw an opportunity to bring artists together to create a diverse soundtrack that is inspired directly by this incredible comic series. Our intent is not to literally create a death metal soundtrack, but instead, to illuminate the darkest corners of each character’s psyche from an authentic perspective that is thematically inherent in death metal music. But a soundtrack is merely a collection of songs unless it is holistically intertwined with the story teller’s original work. With the support of DC and Loma Vista Recordings, and with the help of several artists, I’m creating a short-form animatic film series derived from Greg Capullo’s original artwork for Dark Nights: Death Metal. I’ve invited artists on the soundtrack, and pop-culture personalities alike, to voice the characters illustrated in Scott and Greg’s masterful take on classic DC characters. This has possibly never been more relevant to real life than the challenging time the world is currently experiencing.”

“Broken Dreams, Inc.” is Rise Against’s first new song in three years and its first for the Loma Vista Recordings label. Produced by Bill Stevenson, Jason Livermore, Andrew Berlin, and Chris Beeble, “Broken Dreams, Inc.” exhibits the band’s socially-conscious ethos, with scathing lyrics and raging punk rock. “Personally, being involved with this soundtrack is really fantastic,” said Rise Against’s Tim McIlrath. “Growing up, my little brother and I would ride our bikes to the newsstand near our house and spend all our money on the latest comic books, and Batman was a favorite. Also, Zach, our guitarist, is probably the biggest comic book geek in our band. He’s talked about how, along with his brother and father, they were all big DC fans – Batman, Robin, Superman, Aquaman, all the comic book series, the TV shows, and feature films. So, yes, we’re all very excited about being part of this.”It is also a fitting musical choice for Dark Nights: Heavy Metal.  In the series, Earth is enveloped by the Dark Multiverse, and the Justice League is at the mercy of the Batman Who Laughs. Humanity struggles to survive in a hellish landscape twisted beyond recognition, while Batman, Wonder Woman, and Superman have all been separated and fight to survive. Consistent with this narrative, “Broken Dreams, Inc.” is a call-to-arms to enact disruption, aimed at the restoration of an equal, self-determined society and a level playing field.

“Dark Nights: Death Metal” is the sequel to DC’s wildly popular 2017-18 series “Dark Nights: Metal,” that brought widespread changes to the DC universe and introduced fans to the Dark Multiverse, and a runaway-hit villain, the Batman Who Laughs. The series provides an encore for the original creative team consisting of writer Scott Snyder and artist Greg Capullo, along with inker Jonathan Glapion and colorist FCO Plascenia. Issues One, Two, and Three are available now at your local comics shop and digitally.