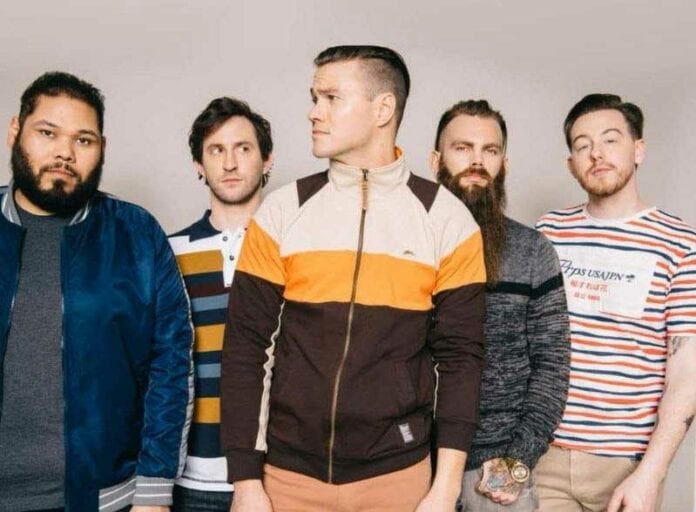 “Head Hunter”is yet another exhibition of the band’s innate ability to provide a musical palette that is simultaneously light and dark, rough and smooth whilst pushing the limits of experimentation. Jon’s ferocious screams combine with Tilian’s gloriously melodic choruses and Will’s jaw-dropping guitar lines soar over Tim and Matt’s complex and thunderous rhythm section.

The brand new track comes a week out from the band’s first ever Swanfest, a one-day festival curated and headlined by Dance Gavin Dance and taking place at City National Grove Of Anaheim on March 30th. Last remaining tickets available here

Since their inception in 2005, Dance Gavin Dance has steadily built a phenomenally loyal, cult following. Blending complex instrumentation and time signatures with huge poppy choruses and raw, aggressive screams, Dance Gavin Dance have fathered an entire genre of their own “Swancore” characterized by their signature combination of elements of math-rock, progressive-rock, and post-rock and aptly named after the band’s phenomenal guitarist Will Swan and his record label Blue Swan Records.

This has been the inspiration for the first ever Swanfest which will be the first date on the band’s upcoming Artificial Selection US headline tour with special guests Periphery, Don Broco, Hail The Sun, Covet and Thousand Below. The tour comes in support of the band’s critically acclaimed 2018 album of the same name which has already clocked up 48 million streams on Spotify and was critically lauded by the press. Dance Gavin Dance have played live to over 100,000 fans over the past year and that number is set to grow exponentially with several of their upcoming tour dates having sold out months in advance. Remaining tickets and VIP packages for the Artificial Selection Tour are available from dancegavindanceband.com

DAEDRIC Drops Single “Dawnbreaker” in the Fight Between Good Vs. Evil