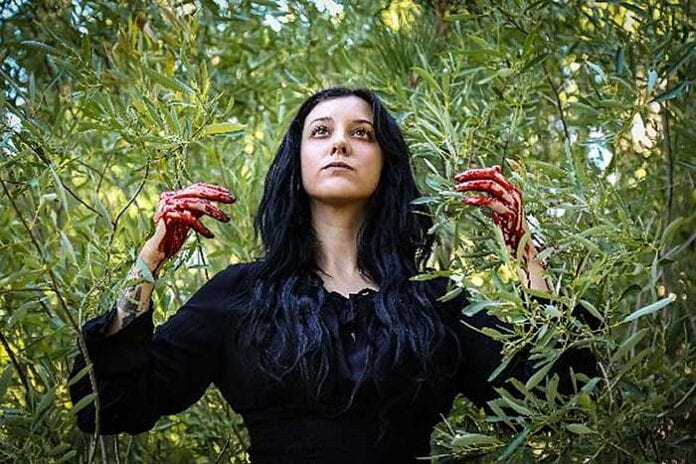 In addition to the album release, CrowJane is also premiering her brand new video for “The Pharmacy” today. “Part of the reason why I chose ‘The Pharmacy’ to be a single is because I had this idea come into my mind for a music video. I didn’t want to portray pharmaceuticals in a literal sense. Instead, I wanted to portray the act of trying to heal someone’s ‘demons’ through mysticism. Some of my favorite subject matters are the occult, voodoo, and demons,” says CrowJane of the creeptastic and sinister video. “I liked it just being a montage of sorts of this imagery that informs the viewer but still leaves them guessing. It was fun to shoot this with my friends and to put demon makeup and goop on myself.”

“I’m amazed that Mater Dolorosa is finally coming out to the public and in this way with publicity and a record label. If you would’ve told me that when I was writing, it I wouldn’t have believed you,” says CrowJane about the album release. “My personal journals/therapy session solo album is being exposed for others to listen to and digest, and I’m just itching to write more. I honestly couldn’t think of a better time to pour out thoughts and emotions onto paper and into songs than right now with the state of this country and in my jobless quarantine.”