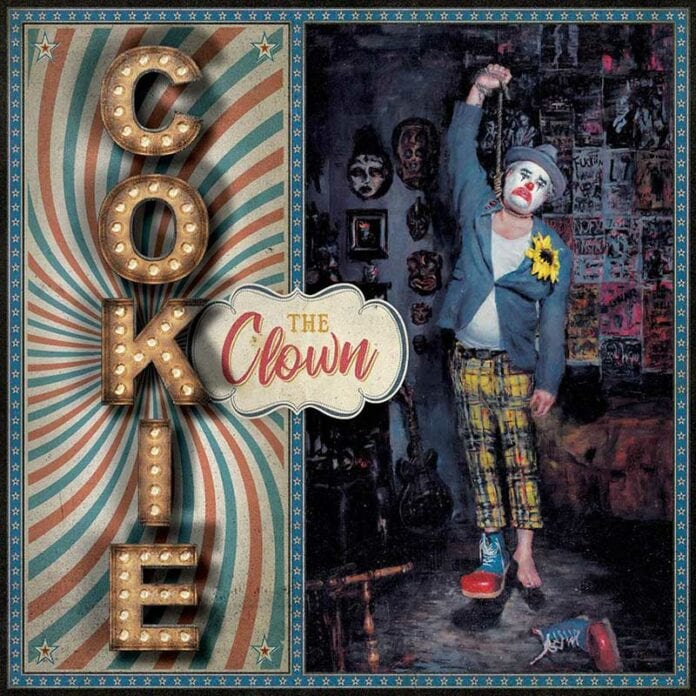 Cokie The Clown, Fat Mike’s alter ego, has completed his first full-length album, You’re Welcome, and it will be available on April 26th. The nearly year-long recording sessions are a glimpse into what lies beneath the madness and genius of Fat Mike. Here he lays open his deepest regrets, fears, and experiences in a raw and thoughtful manner. It is not a happy record.

“I peeled my fuckin’ skin off for this record.” Leave it to Fat Mike to not mince words. The mouthpiece for erstwhile skate-punk troupe NOFX has never bitten his tongue, for better or worse. (There’s even rumors of an official NOFX stage banter album in the works, but that’s a bio for another day.) But back in 2010, Fat Mike surprised even his most ardent fans with the debut live performance by his grimy alter ego, Cokie The Clown, at a South By Southwest showcase that ended up landing him on TMZ. We’ll let you Google the sordid details, but suffice it to say, it involved a series of brutally heartbreaking true stories from Mike’s past and a sketchy bottle of tequila. (Also, there was some juggling.)

Now here we are, nine years after that incredibly tense, occasionally hilarious and extremely memorable evening, preparing—some might even say bracing—for the release of You’re Welcome, the debut album by Cokie The Clown, a 10 song, 38 minute look inside the darkest depths of Michael Burkett’s psyche. From the second the needle drops on opening track “Bathtub,” you’ll immediately discover the album isn’t meant for the faint of heart. In that song, Fat Mike candidly discusses waking up in the middle of the night to find his wife overdosed and drowning in a hotel room bathtub. “I wanted people to feel the awkwardness and the horribleness of it,” he says. “I sang that song in my kitchen at 3 a.m., super-drunk. It’s not rehearsed or recorded in a studio. It’s heartbreaking.”

“It’s a weird fucking record. People will not like it,” Burkett admits. “Some people just can’t listen to it. That’s fine. These stories are all horrible parts of my life. But I have no shame and no pride. It’s the way to live. Once you lose shame and pride, you’re fucking free—and that’s where I am right now. I gave it my all.”